2020 Presidential Election, The Day After

I took a dive yesterday into Trump's twitter. It is hilarious on one level, super sad on another. I saw a post, summarizing the attitude:
1. Impeachment? Let the voters decide> Fail
2. Voters decided? Let's recount> Fail
3. Recount failed? Let's remove votes via the courts > Fail
4. Courts rejected the pleas> let the SCOTUS decide> Fail

I feel a sort of vicarious shame for these guys: If my candidate lost by >6M votes, I would not feel entitled to argue the legitimacy of 43K votes, when even flipping these would not change the reality on the >6M popular vote obliteration.

I also wouldn't trust voting machines and all for manual recounts, yet these didn't reveal any discrepancies either.
Registered users do not see ads, it's free and easy. Register Here

No I get "the gist of that list"... and others like it, including my own exasperated trial and error note taking on what these fans of Trump can possibly be all about. I just don't get why any of it can ever have translated sanely to a vote for this guy to head up the USA's federal government.


There's a point past which one cannot afford to be a Johnny-one-note voter, no matter what the one note is, e.g. a SCOTUS pick, abortion, death penalty, gun ownership, trade, social contracts, deregulation, energy policy... one must look at the candidate and ask if the person is suited to lead a nation and contribute to world class problem solving on that larger stage.​
​
Who the hell ever thought Trump could be a statesman? Had good character? Understood policy? Gave a damn for anyone else on the planet? Would set good examples to others? Nothing in his track record ever suggested that. Nothing. He was always going to be reality TV, needy, malleable, a chameleon on policy, picking up the banner of the last guy whispered something complimentary to him or offered to shine his shoes.​
The attachment to Trump as person, not as policymaker, boils down to massive ignorance or a possibly inadvertent but suicidal level of mass risk-taking on a guy not worth that devotion. This country may never be the same again after Trump in terms of ability to trust each other, work together with common national goals and aspirations, even if different understandings of how to get there. Trump even sucked the media into helping him discredit themselves... and we pay the price for that going forward. We don't know any more how to tell information from disinformation, propaganda, trolling, and it all might as well be sitcom material. So reality TV again: this happened, that happened, it means this or that... or does it? Maybe it's just a story, a movie trailer... or just our opinion but who are we if we are not "with the Great Leader"? The Great Leader says he'll tell us what is happening, what is true and what matters. And it always comes down to he is right and everyone else is wrong.

And some say YEAH THAT'S GOOD. As if it's perfectly fine to set him up on a pedestal, then burn down the barns and set fire to the croplands and throw babies out with the bathwater on the way to some fantasy about rebooting the federal republic with a tiny government, tiny budget, and his tiny hands plus the tiny hands of his fans holding big guns and ammo enough to blow up the planet in case someone thinks differently about him (or about the next Great Leader) that these dolts will swear to defend with their votes and guns... at the cost of the lives of those of us trying to say "wait a minute, how is this still the land of the free?"

That's pretty much the part I don't get. What has happened to our experience of the constitutional freedoms of a federated republic, of a right to express dissenting opinion, to vote as desired (and to expect the vote to be counted!). to change government peacefully at the ballot box? Where's responsibility to observe the same rights for others as one claims for the self?

We managed to squeak through this time, or pretty much looks like it with 50 days to inauguration. But Biden has a big job on his hands and so do the Democrats and right-leaning not-Trump folks.... we'll all be trying to pick up the pieces of the effect on us of those with a cult-like attachment to Trump, and to the ways that Trump encouraged them to be during his experimental American presidency.

Alli said:
Tommy Tuberville is going to win that race with one arm behind his front.
Click to expand...

Four years ago, the question was asked: Just how bad can he be?

The Answer: The God Awful WORST Incompetence and Poison, a National Embarrassment, turning MAGA into a sick, xenophobic, homophobic, misogynist joke from someone who spewed hate, division, and the unique brand of Donny’s Best Ever Snake Oil, guaranteed to curdled your heart and soul, and send you on a trip into your own self absorbed fantasy world where your base nature strangles the goodness in your heart.

And four years later, a majority of Americans decided that enough is enough. The victory is sweet! Approval for removing this Malignancy in January is a GO, HURRAH!

But look at the numbers. 70 Million people voted for the more of the malignancy. WHY?

People, unless Congressional Republicans have a come to Jesus Moment, the struggle is not over. Half the country wanted the tumor. Democrats/Liberals have a mountain of work before them. If Mitch McConnell is still the Senate Majority leader, he will do all he can to disrupt any Democratic Agenda.

And then you have to ask, how can half of the Nation, working class citizens, embrace the Republican Agenda, going as far as tolerating deceit, misdirection, and a wide variety falsehoods, because they see something the Republicans offer. Is it religion, homophobia, abortion, do they think they will be better financially under Republican rule, or both? This is the question, and it is what the Democrats will have 2 years to figure out before the next Mid term election.

For myself there is no question, Moderate/Left is the path forward, and Right/Conservative is the past. Conservatism has always been about holding on to what I have. Many of you know I’m a firm believer of WE>ME, a corner stone of liberalism.

I have the answer, and you're not gonna like it: 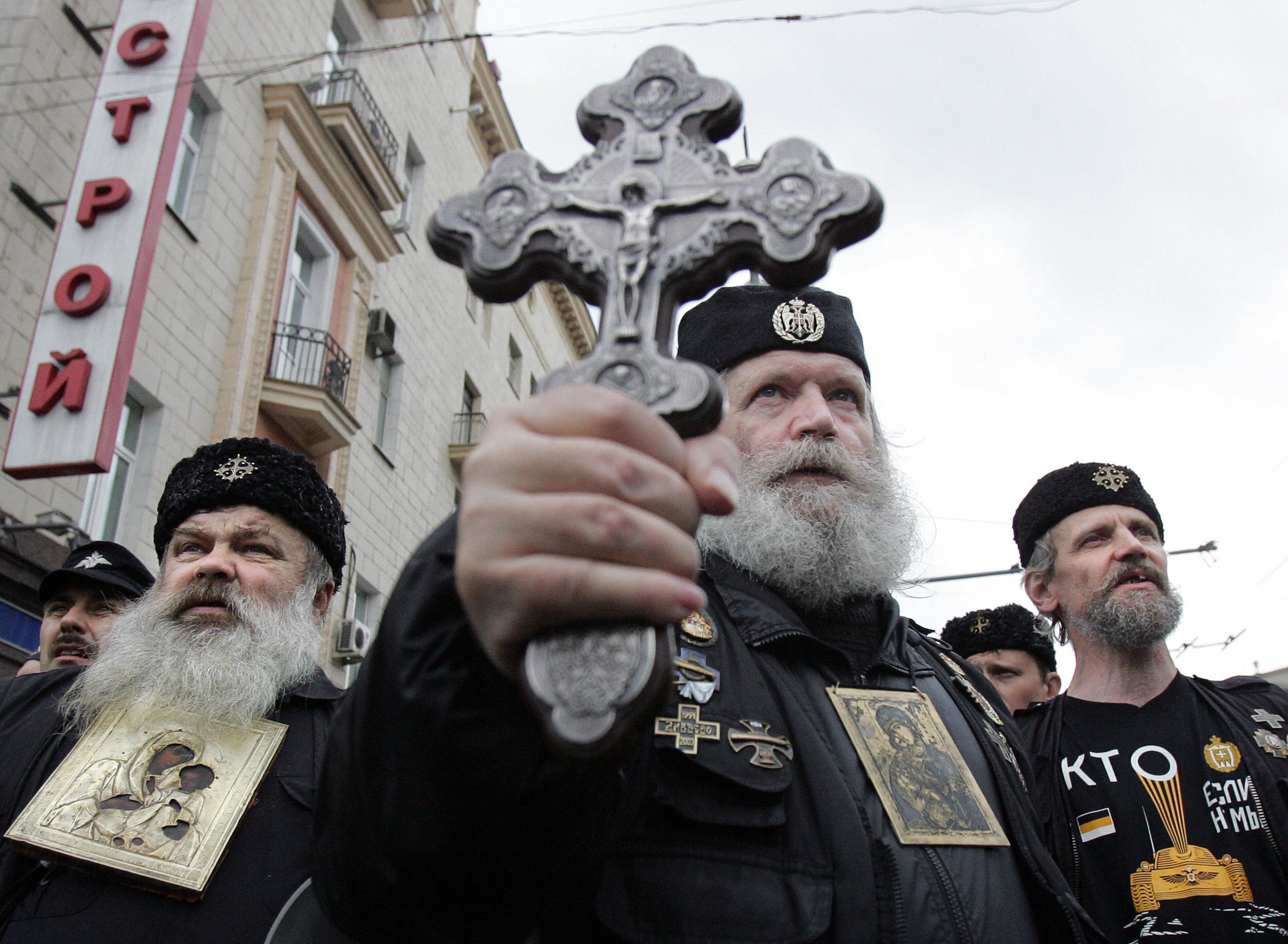 leekohler2 said:
I have the answer, and you're not gonna like it:

I will refrain from my usual Christian Diatribe...

leekohler2 said:
I have the answer, and you're not gonna like it:

We are literally disagreeing with caricature evil people.

I think if we followed modern best practice campaigning and leadership we could go far. We’ve just got to do it.

Mostly that means making government not completely terrible in terms of delivery, and working out how to frame stuff for the audience in question rather that campaigning how we want to frame the issue.

And you know we should have a website that isn’t shit. It’s shameful how much better https://www.ocasiocortez.com/issues is than anyone else’s platform (I’m talking about the design not the policies).
Last edited: Dec 22, 2020

It’s also 25 days until Trump gets bodily carried out of the White House by the Secret Service.

O tidings of comfort and joy!


leekohler2 said:
I have the answer, and you're not gonna like it:

I invite the Christian right to move to Russia, then. I’m sure they’ll love their freedoms there.

lizkat said:
There are still so many Republican governors and Republican state legislatures... and they are who do stuff like appoint Senators in event of vacancies, and draw the Congressional District maps off new census info every ten years.
Click to expand...

To follow up on the matter of the census: 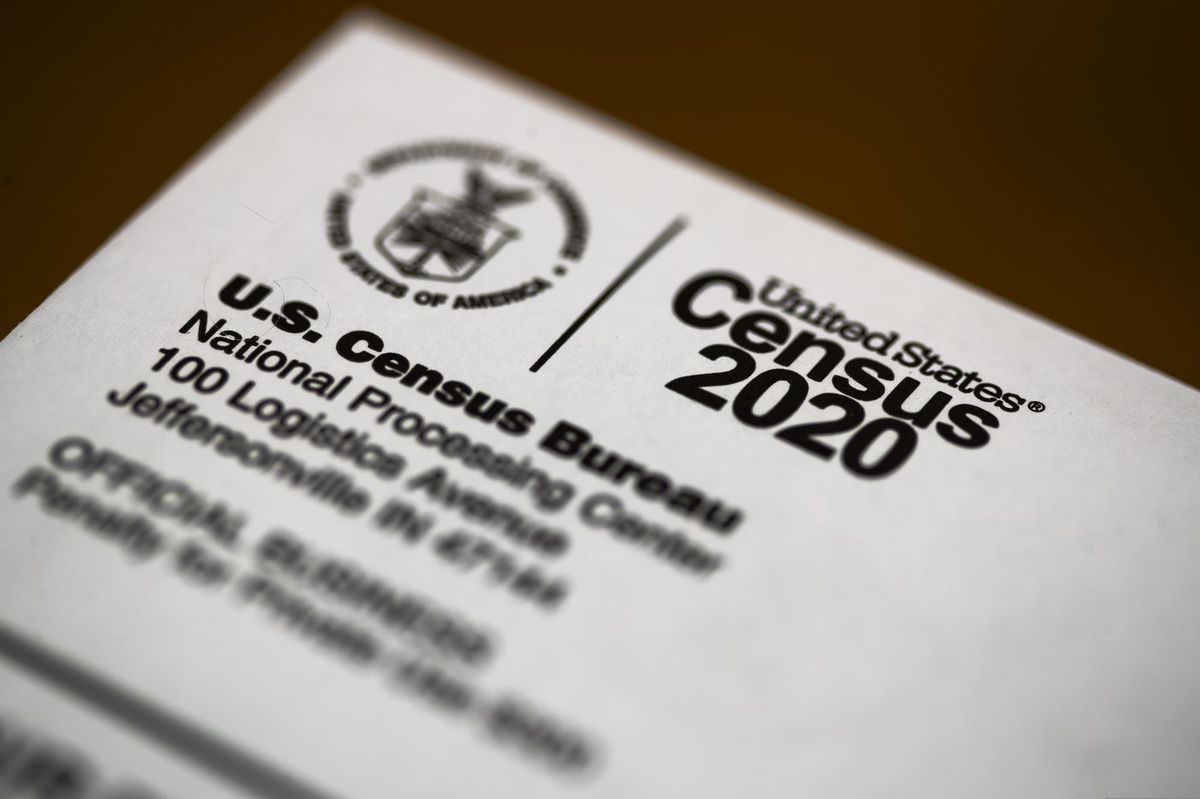 Two Trump appointees to top positions at the Census Bureau, Nathaniel Cogley and Benjamin Overholt, are the driving force behind the effort.

U.S. Census Bureau statisticians are under significant pressure from Trump political appointees to figure out who in the U.S. is in the country illegally, and they’re worried that any such report they produce in the waning days of the Trump administration will be inaccurate, according to the bureau’s watchdog agency.
Click to expand...

In a tweet, U.S. Sen. Jeanne Shaheen said Trump had made a mission out of manipulating the 2020 census.

“His politicization of the 2020 census has been dangerous & destructive to our democratic institution. That ends in 8 days. I’ll work w/the Biden admin to see these policies reversed & repair the damage Trump caused,” Shaheen, a New Hampshire Democrat, tweeted Tuesday.

The whistleblowers told the Office of Inspector General that the Census Bureau has not set rules for categorizing the citizenship status of U.S. residents. Bureau statisticians also do not fully understand the data since portions came from outside the bureau and they are worried incomplete data could be misinterpreted, they said.

“One senior Bureau employee went as far to say that this work is statistically indefensible," the Inspector General's memo said.
Click to expand...

President Donald Trump two years ago ordered the Census Bureau to use administrative records to figure out who is in the country illegally after the Supreme Court blocked his administration's effort to put a citizenship question on the 2020 census questionnaire. The statistical agency has not publicly said what method it's utilizing to do that.

Information about the citizenship status of every U.S. resident could be used to implement another Trump order seeking to exclude people in the country illegally from the count used for divvying up congressional seats and Electoral College votes, as well as the annual distribution of $1.5 trillion in federal spending, among the states.
Click to expand...