2020 Presidential Election, The Day After

Every Republican who refuses to stand up to this assault on our democracy by Trump is complicit in that conspiracy. None more so than Moscow Mitch and boot licker Graham. These people are cowards who have failed to use their power of office to keep their madman in the WH under control.
Registered users do not see ads, it's free and easy. Register Here

Savor the crazy & the performance

I remember my parents teaching me not to lie. Was that not a thing other parents did too?

It was a bit of a wait for it to get posted, but there's more bat shittery on Lou Dobbs

of these 3 categories, licensed lawyers practicing before the bar (the bar separates outside spectators vs. legal proceedings participants) are under obligation to maintain ethical standards, or, in the case they don't, they can lose their license.
people like Ms. Powell could easily lose her license to practice law.

since so much of the preservation of democracy and rule of law is actually procedural in nature, professional licensing organisations like the ABA need to step up, and actually dis-bar more often these types of nut jobs.

An absolute loon this one. I mean this would be the single biggest crime in American history (to quote Tucker).

But her mask did slip once when she referred to President-Elect Biden as "President Biden".

Our latest to file under future fuckery reference: 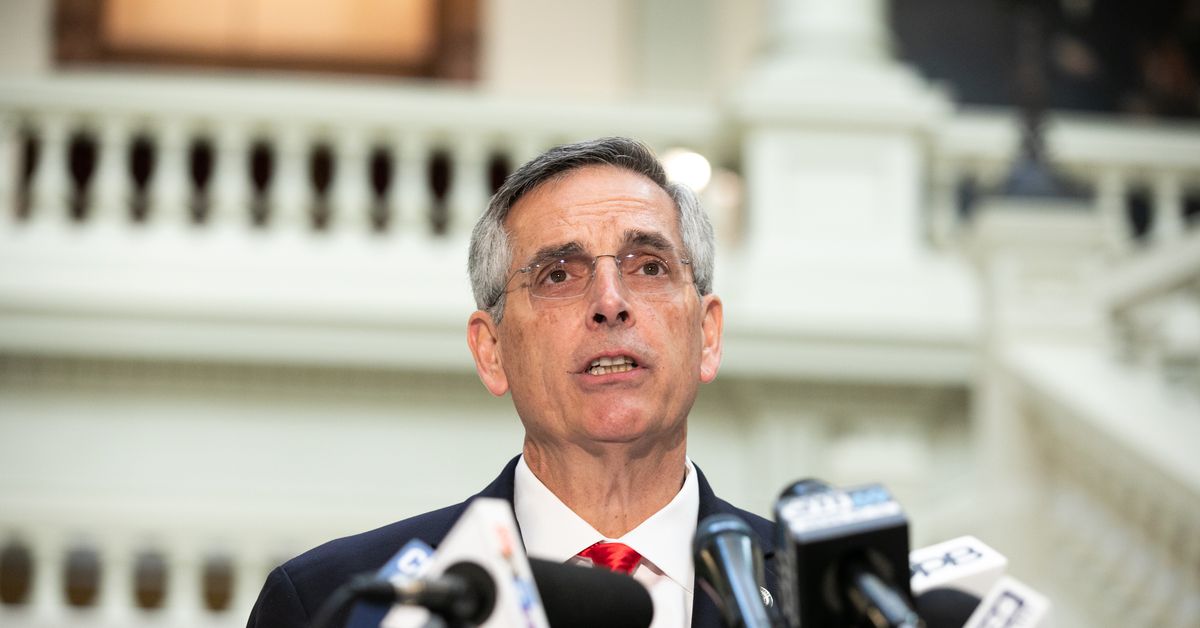 This would be a blow to Trump’s effort to overturn the election results.

The state of Georgia will certify Joe Biden’s victory over Donald Trump Friday, according to a press release from Secretary of State Brad Raffensperger’s office.

As journalist Brendan Keefe points out, Georgia’s Republican governor, Brian Kemp, has called a press conference with an “election update” for that hour. It is not clear what Kemp will say.

“Working as an engineer throughout my life, I live by the motto that numbers don’t lie,” Raffensperger said at an earlier press conference Friday morning. “The numbers reflect the verdict of the people, not a decision by the secretary of state’s office or of courts or of either campaign.”

Ordinarily, certification would be a formality. But President Trump has been making an unprecedented effort to interfere with the mechanics of electoral democracy in the United States, by trying to block the certification of results in states Biden won, making baseless claims of fraud.
Click to expand...

If Raffensperger indeed certifies the results Friday, the next step in the process must come from Gov. Brian Kemp (R), who must certify the appointment of Biden’s electors — the actual people who will cast the Electoral College votes for the state in December.

Kemp must certify the electors by 5 pm Eastern on Saturday. He has said little about Trump’s attempt to overturn the election result so far, but a spokesperson told the Associated Press this week that Kemp would “make a determination in his own mind if he’s seen” evidence of widespread fraud. Raffensperger has repeatedly said there is no such evidence.
Click to expand...

“Governor Kemp will hopefully see the light before it is too late. Must finally take charge!” Trump tweeted this week.

Additionally, even though the result has been certified, Trump has until Tuesday to ask for another recount in Georgia. Raffensperger already ordered, and the state carried out, a hand audit of all results in the state — but Trump can request a machine recount, which the state would pay for. No recount has ever erased anything close to a 12,000-vote lead, though, and even Trump has downplayed the chances that a recount would put him ahead.

Finally, Trump’s team has also been arguing that Republican legislatures in states Biden won should step in and appoint Trump electors, defying the will of voters. Such a maneuver would be legally dubious at best.
Click to expand...

But Georgia is the rare close swing state where Republicans do control both the governorship and the state legislature, meaning that a partisan plot here would be at least theoretically conceivable. However, state legislature leaders have given no indication they’d try this yet. For now, Georgia’s 16 electoral votes appear on track to go to Biden.
Click to expand...

A quick update on old grift

Thankfully even though he wanted some time in the spotlight, it's a wrap

Ok, that is some serious disconnect going on there. Latin American dictators use Dominion for vote rigging, but Individual-ONE is ... what?

Yoused said:
The GSA administrator who has been illegally snubbing Joe wrt the transition apparently tweeted

Great. So apparently when it comes to authorizing the transition, she can just make the traditional mark in front a couple of witnesses in lieu of a signature when one is unable to write. What's keeping her from it then?

PA and MI must certify by Monday.
NV by Tue
AZ by 30th
WI by Dec 1st 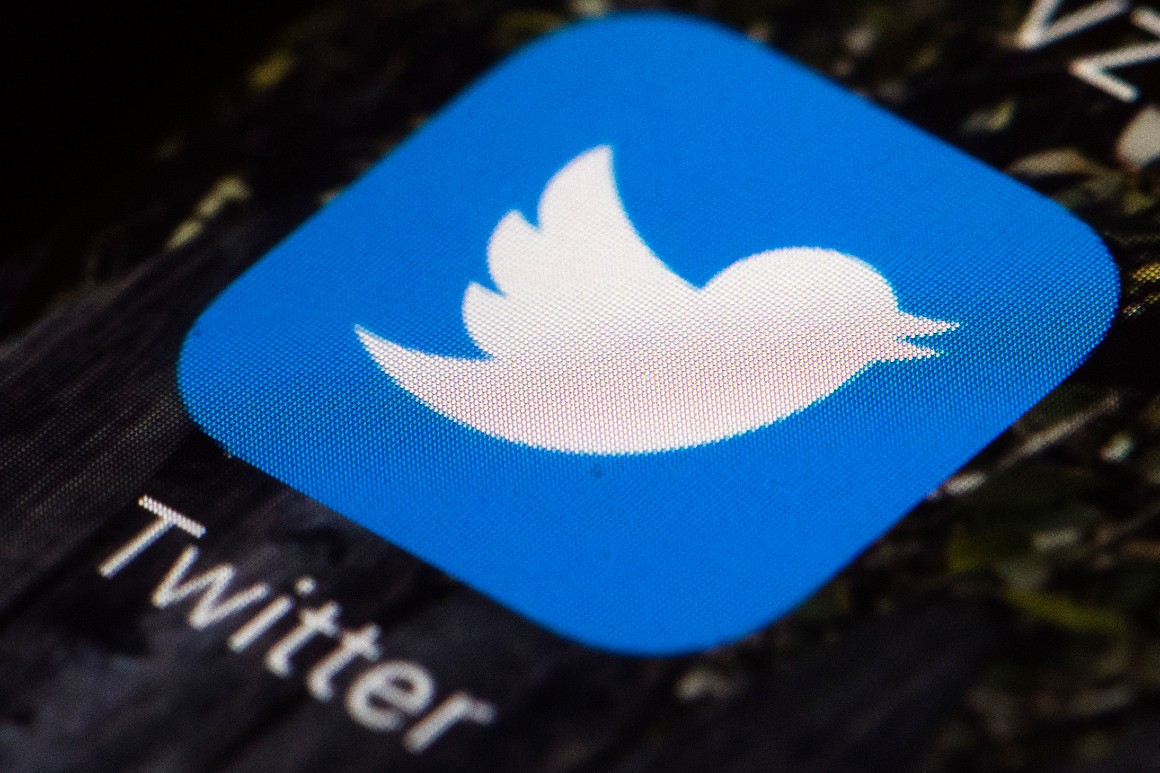 Twitter will hand @POTUS to Biden on Inauguration Day, even if Trump doesn’t concede

The presidential @POTUS Twitter handle will automatically transfer to President-elect Joe Biden the moment he’s sworn in at noon on Inauguration Day — whether or not President Donald Trump has conceded, the company confirmed to POLITICO on Friday.

Same goes for @whitehouse, @VP, @FLOTUS, and a handful other official accounts associated with the presidency.

“Twitter is actively preparing to support the transition of White House institutional Twitter accounts on January 20th, 2021,” Twitter spokesperson Nick Pacilio said in an email. “As we did for the presidential transition in 2017, this process is being done in close consultation with the National Archives and Records Administration.”

The handover requires no sharing of information between the outgoing Trump team and incoming Biden team, according to the company. All existing tweets on those accounts will be archived and Twitter will transfer the accounts — reset to zero tweets — to the Biden White House that day.
Click to expand...

Why it matters: Trump has protested Biden’s victory, even though results released by election officials clearly give the race to Biden. GSA, the federal agency responsible for triggering the start of the formal presidential transition process, has thus far declined to do so. That has delayed the Biden team’s access to everything from office space and to government email addresses, and even blocked them from using the .gov domain to host an official transition website.

But even should Trump continue to contest his loss and fight his removal from the White House on Jan. 20, he won’t have a say in whether he hangs on to one of the presidency’s main digital assets.
Click to expand...

Why it might not matter: President Trump has used his personal account, @realDonaldTrump, for most of his tweeting even while president. Trump, as a private citizen, will keep control of that account.

That said, the account will lose the protections it carries under Twitter’s "world leaders" policy — which allows rule-breaking tweets to remain up, with warning labels — the moment that Biden is sworn in to office.
Click to expand...

dogslobber said:
PA and MI must certify by Monday.
NV by T
AZ by 30th
WI by Dec 1st
Click to expand...

Looks like it's going to happen. Some days seem longer than others, don't they. So ready for a wrap on this absurd extension of "doubt" about a convincing win by Biden.

So will Trump just go golfing for the rest of his term, or stay in DC and make more policy and staffing mischief, or resign after pardoning a raft of cronies and kin against prospect of federal charges... and then cut a deal w/ Pence for a pardon for himself, resigning to get that one and briefly making Mike the US prez #46 and then Joe gets sworn in as #47? Who knew there could be so many options for an outgoing president...

It becomes more clear that sane people are ready to turn the page, leaving mostly just Trump and his die-hard staff and rally fans, and only a fraction of them actually believe he won. The problem w/ the fans though is that they buy Trump's BS about lack of election integrity, even in the face of so much factual info to the contrary. Will be interesting to see how long it takes their whining to trail off. Nice if some GOP leaders step up to the plate to speed that along but I am not optimistic about that.

Seriously that is hilarious.

I hope the incoming AG decides to investigate the jackasses who pull some of these stunts. A lot of these things aren't acceptable tactics.


SuperMatt said:
I remember my parents teaching me not to lie. Was that not a thing other parents did too?
Click to expand...

It's easier to just call her a jackass.