So now non pregnant people are going to suffer. this is going to get ugly. Look at Walgreens I included this article where an employee can refuse to sell youcondems because they think their religion should control you.

For many people with disabilities and chronic illness, having access to the right medication is vital. But since Roe v. Wade was struck down by the Supreme Court last month, women are being cut off from their medication by doctors or insurance companies, often without being offered an alternative, because those drugs are considered “abortifacients.”


There are reports of children suffering from juvenile arthritis being denied the drug until they can show evidence that they have not been impregnated. Some pharmacies are also afraid of failing to meet the requirements of the various abortion restrictions and bans and have stopped filling prescriptions for methotrexate altogether. When questioned by Fox 5, CVS refused to comment directly on the issue but said they “encourage providers to include their diagnosis on the prescriptions they write to help ensure patients have quick and easy access to medications.” This uncertainty has left a lot of female patients confused, bewildered and feeling completely left in the dark as they receive phone calls or letters informing them they can no longer have access to the treatment they need.

Women of childbearing age are being told that having a uterus precludes them from having access to vital medication. 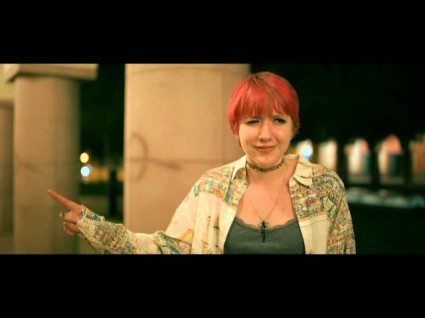 Walgreens Clerk Refuses To Sell Condoms To Whore Of Babylon

Just kidding, she was a nice married lady on vacation with her husband. Not that there's anything wrong with being a whore of Babylon!

i feel like something even as benign as accutane is going fall under this. my daughter did accutane and was required to be on birth control and have monthly pregnancy tests because birth defects can be devastating while taking accutane. the rules around accutane are already outrageous with monthly online quizzes and required monthly check ins to make sure women aren’t pregnant. and even with precautions if someone were to get pregnant abortion would probably be highly recommended.

accutane can be extremely important to those who take it due to self esteem issues.

medicines that treat more serious afflictions should not be in jeopardy now, especially considering the quality of life improvements for those who take them.

Hence Biden’s EO for pharmacies saying they must fill prescriptions.

and texas saying they have a right to let women die as usual.

fooferdoggie said:
and texas saying they have a right to let women die as usual.
Click to expand...

I sure as hell hope Texas votes for Beto in November.

Alli said:
I sure as hell hope Texas votes for Beto in November.
Click to expand...

but their lawmakers if the republicans have the majority will just go over his head like they do in other states.

‘I should not be running any medical facility’: Man offering abortions at sea for Texas women

Pregnancy From Rape Is 'An Opportunity' For Women, Says Republican Trying To Ban Abortion