Anti-Democratic Forces in the US

Sovereign citizens are anti-government extremists who believe that even though they physically reside in this country, they are separate or “sovereign” from the United States. As a result, they believe they don’t have to answer to any government authority, including courts, taxing entities, motor vehicle departments, or law enforcement.
——-
We see Trump, Trumpism.
We see Neo-Nazis, White Supremicists, sudo-Militia paramilitary groups flock to him. Should I include The Sovereign movement?

I’m watching season 6 of Bosch (Amazon Prime) and one of the plots although fictitious, to my surprise involves The Sovereign, a real group/movement who as anarchists believe that government, even a democratically elected government has no authority over them. If there are enough of them, I find this to be scary and easily imagine these people flocking to the likes of the Head Conman, even if it is just temporary, the goal would to tear down authority and replace it with their own authority, or maybe the local War Lord Authority.


What is the Sovereign Citizen Movement, what do they believe and how are they spreading?​ 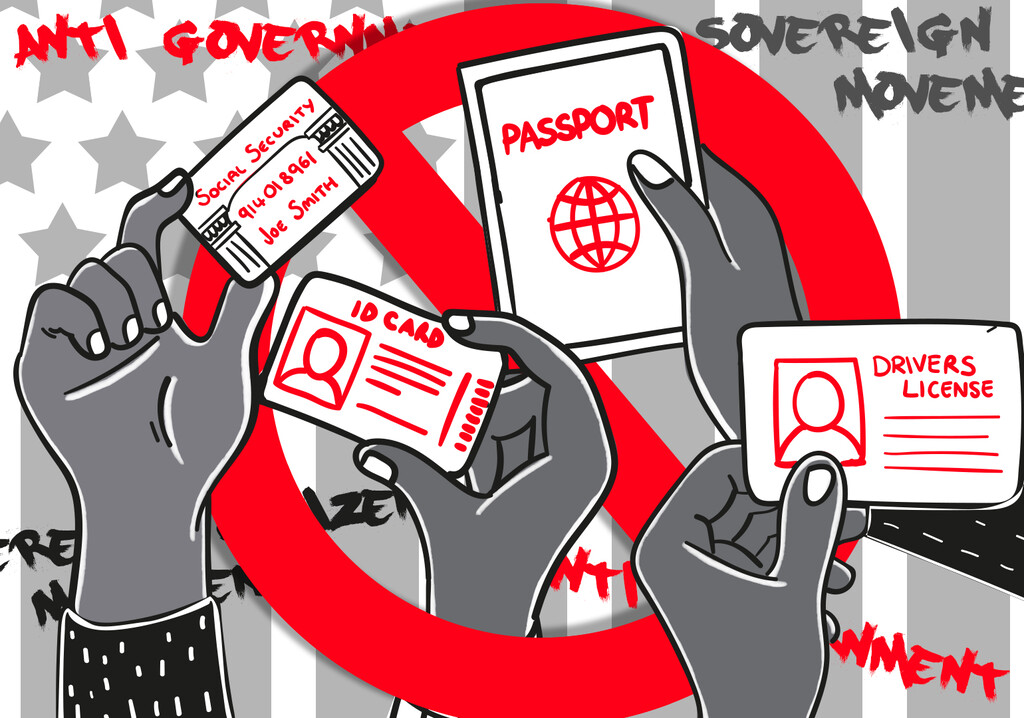 What is the Sovereign Citizen Movement, what do they believe and how are they spreading? - Radicalisation Research

What is the Sovereign Citizen Movement? Drawing on academic research, this guide explains their history, beliefs and spread to other countries. 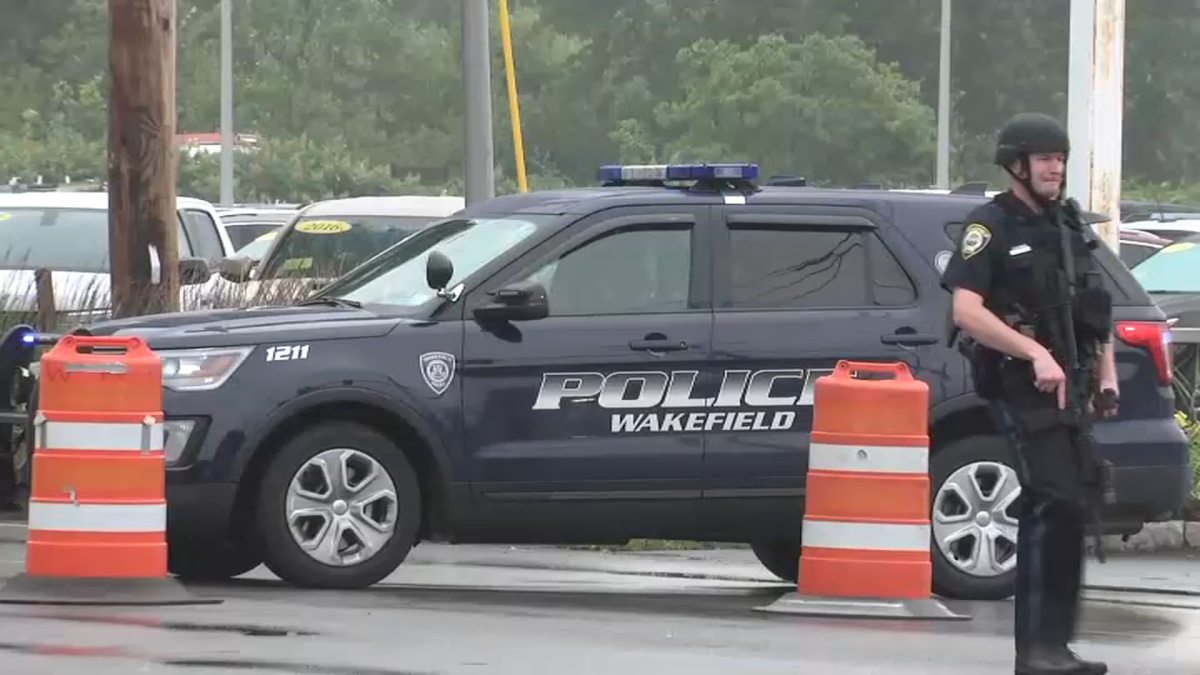 11 Suspects Now in Custody Following Armed Standoff Off I-95 in Mass.: Police

A group of heavily armed men were refusing to comply with police Saturday morning in Massachusetts, prompting Interstate 95 to be closed and a shelter-in-place order for residents of Wakefield and Reading, police said.

"You can imagine, 11 armed individuals standing armed with long guns slung on an interstate highway at 2 in the morning certainly raises concerns, and is certainly not consistent with the firearms laws that we have here in Massachusetts," said Mason.​
Click to expand...

Mason said the trooper asked the men for their driver’s and firearms licenses, and the men said they didn’t have them. The trooper then called for backup, and other state and local police responded to assist.
Click to expand...


These jokers, who refer to themselves as Moorish Americans, fled into the woods.

The things cops have to put up with.

The Washitaw Nation and Moorish Sovereign Citizens: What You Need to Know

The Washitaw Nation and Moorish Sovereign Citizens: What You Need to Know

Oh good--because the way to make a bonkers fantasy even better is to commingle it with religion.

As I understand it, sovereign types have been around for a long time. What worries me is that they now exist in a period of time where entire hordes of people not only live in alternate realities, but move in complete with furniture and change-of-address cards. Sovereign groups (I could be wrong here) don't seem to be on the rise, but as @Huntn implies, it's not for lack of a fertile environment. It could still happen.

I swear to god, sometimes I think that in addition to fluoride we need to add Clopazine to the water supply, because there's a huge section of this nation that needs to calm the fuck down. 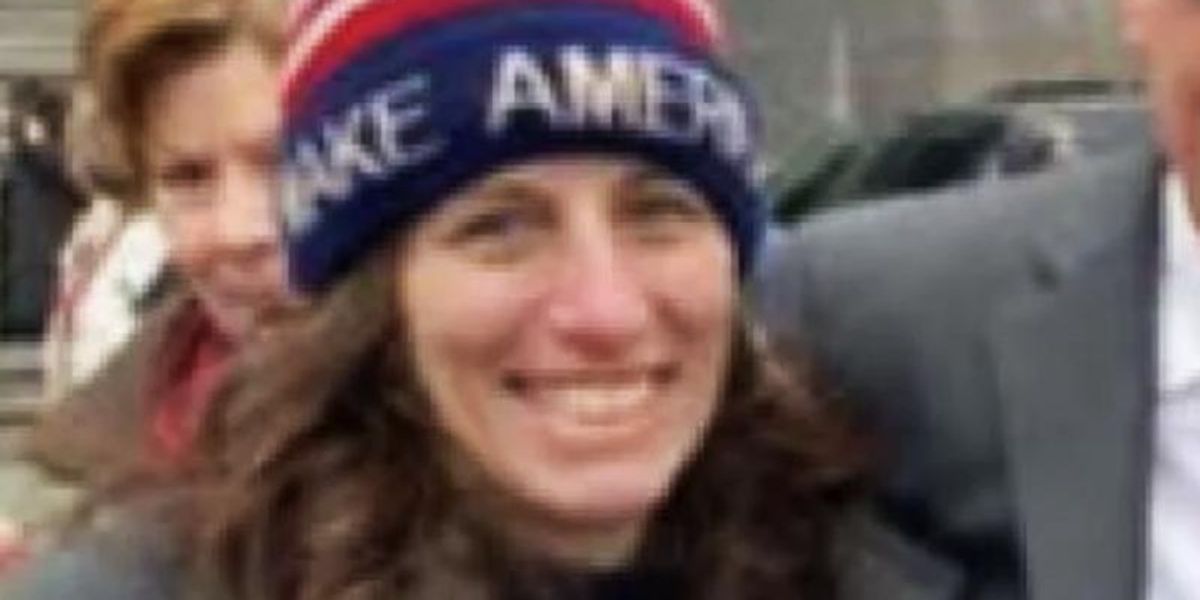 According to a report from the Daily Beast's Kelly Weill, one of the Capitol rioters taken into custody by the FBI has chosen to represent herself on charges of multiple counts of violent entry, disruptive conduct, and obstruction of Congress -- and is citing the Bible as part of her...

Bauer is using a sovereign citizen defense -- saying she doesn't recognize the laws of the U.S. government -- and that she is operating under "divine guidance."
Click to expand...

In a Zoom appearance before the court, Bauer told the judge, "I am here by special divine appearance, a living soul," before adding, "I do not stand under the law. Under Genesis 1, God gave man dominion over the law."
Click to expand...

Thomas Veil said:
Here’s another one.

According to a report from the Daily Beast's Kelly Weill, one of the Capitol rioters taken into custody by the FBI has chosen to represent herself on charges of multiple counts of violent entry, disruptive conduct, and obstruction of Congress -- and is citing the Bible as part of her...

She should see if the Moors’ movement is taking new members.

Thomas Veil said:
Oh good--because the way to make a bonkers fantasy even better is to commingle it with religion.

As I understand it, sovereign types have been around for a long time. What worries me is that they now exist in a period of time where entire hordes of people not only live in alternate realities, but move in complete with furniture and change-of-address cards. Sovereign groups (I could be wrong here) don't seem to be on the rise, but as @Huntn implies, it's not for lack of a fertile environment. It could still happen.

I swear to god, sometimes I think that in addition to fluoride we need to add Clopazine to the water supply, because there's a huge section of this nation that needs to calm the fuck down.
Click to expand...


Most of the time I end up wondering how many seemingly extreme fans of Tump are people who believe the stuff they are spouting and how many just like to stir pots as political activists not averse to theatre of the absurd. The existence of social media can certainly magnify stuff like that, as can the singular focus of siloed news outlets whose owners have acquired a fat share of overall TV news markets in the USA.

When it came to the incursion into the Capitol on January 6th, though, my jaw really dropped. Some of the photos showed people who looked sort of bewildered once they got in there... as if the reality of it was overcoming whatever fantasy had been playing out in their minds as they had walked towards the venue from the earlier rally where Trump had spoken.

But I'm not talking about those bewildered followers. I'm talking about the ones now racking up criminal charges, people who actually meant to disrupt physically the business of Congress that day, and who meant to threaten, or harm or take hostage certain elected representatives of our federal government. WTF... those public servants were ELECTED to office, by peers of the very people who were meaning to prevent Congress from completing its duties on that day. And the staffers of those people were ordinary Americans just like the rest of us. Could be your cousin, my neighbor's daughter... How do people get so far down a rabbit hole, really? I hear explanations all the time and see assertions backed up by stats plucked from this or that supposedly reputable study, but honest to God, I don't get it.

I do understand political dissatisfaction on a scale from mild to fairly strong. I experience that personally pretty often, being a member of a party long known to have diverse views and distinct factions on assorted issues. I can live with that and it's not so different from disagreeing with policy proposals of a different party altogether. "That's American"...

But what I don't get and what makes me really uneasy is seeing so many of Trump's supporters from assorted walks of life seeming to construct a world for themselves that doesn't align with the reality they're actually occupying. And the spoiled-baby aspect of the far fringes of that activism is disturbing too... the whole idea that because one's favored candidate did not win, it's time to pick up the phone and threaten the lives of the county elections board supervisor, or the state's Secretary of State charged with certifying a vote? Or go to a state capitol or to DC bearing arms with intent to frighten the legislators?

How did we come to this step by step approach to violent overthrow of disliked election outcomes or state mandates? Meanwhile the uproar of the post-2020 elections now gets papered over by Republican state legislatures writing dubiously Constitutional laws to not only suppress votes of people not likely to vote Republican, but even to make it possible to throw out election results that the Republican Party does not like?

One wonders what right-leaning voters will think of that sort of thing if and when it's members of the other party trying to run a table that way? What goes around eventually can come around, even if it seems unlikely. But in the USA it feels like we're forgetting how we used to get to "government by consent of the governed". So it's scary because in some ways there used to be an assumption that somehow it just happened. Elections occurred, votes got counted, there were squabbles and recounts and someone won and someone lost and the winner took office and the loser licked wounds and planned a comeback.

But see now apparently some folks don't like it that representative government grows ever more representative of the diversity of all of us. That's fine, nobody likes everything about any election, but the response in the USA to that cannot be to try to rig the rules about voting or vote counting in order to walk back progress towards our ideals of equality under rule of law.

We're into a different administration now, and some of the extra stressors of the covid pandemic have been at least partly alleviated. But whenever I think that things are settling down some, and then catch a round of clips extracted from TV sound bites or the Sunday talk show rounds, I sometimes start to wonder all over again. So far the main plus in my book has been that Trump no longer tweets trash from major social media platforms, and the mainstream media appear to be taking a little more trouble to avoid giving oxygen to Trump-centric material where it is not newsworthy even if it would make good clickbait. But a lingering concern is that his anti-democratic authoritarian fans are still out there. I worry sometimes that next time around they'll follow a more adept, more politically savvy wrong god home.

Trump is still spreading his lie, and is doubling-down on expressing sympathy toward the January 6 protestors, which shows his whole “law and order” gig was BS, and that the GOP and Trump are trying to rewrite the history of what we all saw play out. It also gets rid of the idea that it was Antifa or BLM people, but I expect them to still say that anyways because.. well, why not? It doesn’t have to be the truth or even make sense, it just needs repeated enough,

I would like to say I hope this crap costs republicans their seats, but they don’t accept the results of elections either. If things made sense, any elected GOP official across the country who was on the ballot with Trump should by their own admission have their win questioned. But that won’t happen. It’s going to take some sort of in-party fracturing to wake people up, they are no phased by anything. This is literally an entire cult based around feeding the ego of one guy.

Florida What in the ever loving fuck is wrong with you. Hold my beer addition.

The (non) climate change initiatives in the latest bill