An interesting story about the 1920s mine wars in West Virginia: 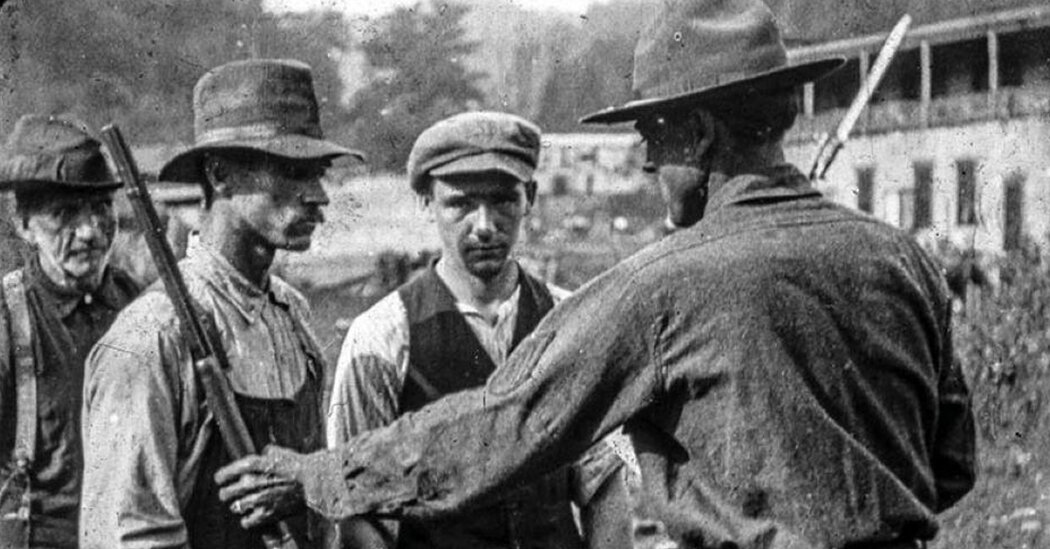 A Century Ago, Miners Fought in a Bloody Uprising. Few Know About It Today.

At the Battle of Blair Mountain, thousands of miners clashed with sheriff’s deputies in the largest insurrection since the Civil War.

Great article. I actually met James Baldwin at the Mine Wars museum a couple of years ago. We had been riding Devil Anse and the wife can't ride immediately after eating so we walked over to the museum and he was there.

The article also mentions the movie Matewan. It was nominated for an Oscar for Cinemetogrophy???. Stars James Earl Jones and Chris Cooper.

As a general rule, I am anti-union, but this movie could change your mind, at least as to why they were needed in the first place. Well worth the watch.

If you have ever heard the song Sixteen Tons, which has the line "You load sixteen tons and what do you get? Another day older and deeper in debt" This is in reference to being paid in company script. All the coal companies had company stores where you used the scrip to buy food and other necessities. But the companies never paid you quite enough for what you needed to get through the week. But they were always willing to "loan" against your wages, hence the "another day older and deeper in debt." And you couldn't leave because you had to have cleared your account to buy a train ticket out of town.

And if you pissed them off, they simply threw you out of the company house.

Somewhere buried in my camera roll is a pic of a couple of the bullets in the bank building from the Matewan Massacre. Lots of great history in the area including it being the main town in the Hatfield McCoy feud. After the feud was over, Devil Anse moved his family from Matewan to Stirrat, WV. His son Tennis and my grandfather were friends. They had to be as they were the only Republicans in Logan County in the 40's and 50's.

I am pretty good on my history around Matewan, but not as clear on what happened up towards Blair Mountain. I will say it is a PITA to drive over, can't imagine walking there from Charleston.
Last edited: Sep 6, 2021