Sounds like a very well considered choice. Currently CA's Attorney General, formerly a 12-term congressman who helped Pelosi get the ACA legislation through Congress, Becerra has engaged in defending against its repeal and taking on pricing issues with providers. Would be first Latino to serve as a US Secretary of Health and Human Services. 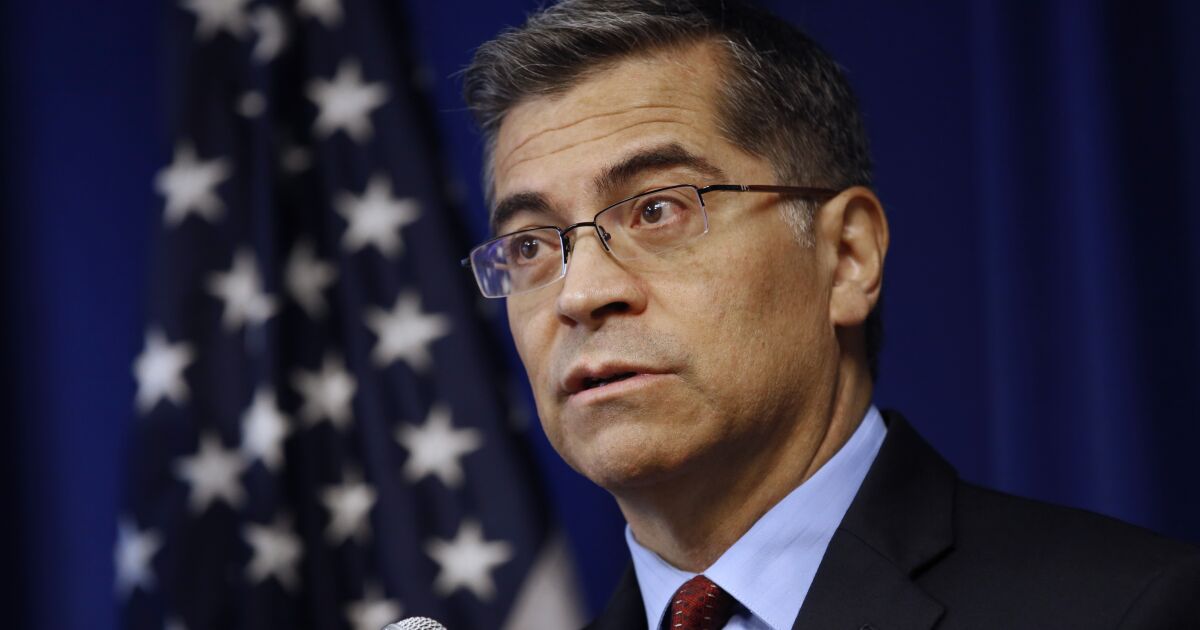 President-elect Joe Biden has tapped California Atty. Gen. Xavier Becerra to be the next health and human services secretary, a historic choice that would make the former Los Angeles congressman the first Latino to hold the office, according to a source familiar with the decision.

Becerra, a rising star in California politics, has become one of the most important defenders of the Affordable Care Act, leading the fight to preserve the landmark law against efforts by the Trump administration and conservative states to convince federal courts to repeal it.

Becerra also has carved out an increasingly important role confronting healthcare costs, using his position to challenge pricing practices at Sutter Health, one of California’s most powerful medical systems.
Click to expand...


Becerra served 12 terms in Congress and was chair of the House Democratic Caucus before Gov. Jerry Brown picked him to be California’s attorney general. Becerra replaced Kamala Harris, who had won a Senate seat.

The son of Mexican immigrants, Becerra was the first member of his family to attend college, earning a bachelor’s degree in economics from Stanford University and a law degree from Stanford Law School.

Elected to a two-year term in the state Assembly and then to the House in 1992, he rose through the ranks to become the highest-ranking Latino in Congress at the time.
Click to expand...


If confirmed, Becerra will take the helm of a sprawling federal agency that spends more than $1.4 trillion annually and is responsible for the health coverage of more than 100 million Americans, mostly through the mammoth government Medicare and Medicaid plans.

The health secretary also oversees the Food and Drug Administration and the Centers for Disease Control and Prevention, two of the agencies at the forefront of the federal response to the coronavirus pandemic.
Click to expand...

A company is using cell phone data to track people near abortion clinics and selling it. This is the new normal