David Halberstam's The Fifties. I was still a little kid for some of it, and so saw that era moment to moment, not as a decade in the arc of American and world history, even though I learned early to be curious about world events. Fascinating to catch up with more of the background, past memory of newspaper headlines and dinner table discussions of the news on a given day.

The book is a tome, which is fine, and I like skipping around in the e-book version. However, shame on the editors for not building out some descriptive headings for chapters past just numbering them. I've had either to highlight a few phrases or insert notes so I can flip back to start of a particular chapter more easily when desired. A chapter named "Twenty-seven" just doesn't cut it...

The book does have an interactive index though, which plenty of nonfiction e-books could use but still don't have, so kudos to editor and publisher for that.

This married couple are journalists and authors with impeccable professional credentials. This is their third book written together, and it's a compelling read, or in my case a compelling listen.It has turned out to be an audiobook that does not put me to sleep, so it has migrated to my laptop to get its share of my attention during the day.

The research and interviews were all done after Trump left office, dispelling an unfair charge that they may have "held anything back" for a book as opposed to having had the opportunity to divulge it in their respective reporting endeavors while Trump was still in office.

Anyway I'm not sure I buy into that charge for any journo including Maggie Haberman. A journalist is not a West Wing employee or a cabinet head, a governor or golf-playing Senator on Trump's ever-changing list of confidantes. Those pols could stand to be ashamed of themselves for keeping to themselves some of what Trump was up to, including being so out of control as to suggest good reason to remove him under the 25th Amendment.

But reporters working in real time, well... to the extent they can get a source to talk, a reader's question is sometimes "Why don't the pols want to say stuff like this on the record to the American people?" The answers to that after subtracting all the spin usually boil down to the politician's simple fear of job loss. For a reporter to bring that to pass would only reduce the transparency we do get by having a press with contacts inside government.

The book is not focused on Trump's policy decisions per se. Rather it looks at Trump's behavior amid the utter chaos of his own creation, involving the self-sacrifice or self-serving agendas of those who variously strove to stir pots or establish some order or just survive in the maelstrom created by an extreme narcissist. The authors let the facts and interviews speak for themselves for the most part. There is an occasional bit of snark that one can hardly deny them considering where it has been applied.

That Trump is still not necessarily in the USA's rear view mirror was frightening before one reads this book. The man's internal chaos spills out without warning into rage and impulsive attempts at decisions with real world consequences he didn't and still doesn't even understand.

To be enlightened --or just reminded-- by some of what's in the book is to roll eyes and hope the Republican Party comes to its senses after the 2022 midterms and emphatically disowns this guy. One could hope the same of voters who, for whatever reason once or even twice, had thought the value to their own egos or agendas in supporting Trump would outweigh any risks to country, party, and even themselves. So far on the ground it looks like a slow slog for some voters to put daylight between a reality TV Trump and the actuality of a now thoroughly self-disgraced former president. 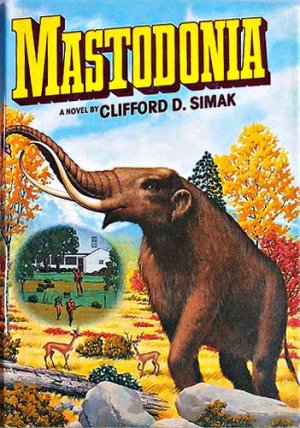 ​
Mastadonia (Book 1978)- I will call this a good, light read story. It starts with a professor on sabatical on his Wisconsin farm, and his dog brings him fresh dinosaur bones. There is also an ancient crater with strange metal alloys in it and an friendly alien (Catface) who hangs out in the orchard.

Time travel is approached in this story, as a single time line, along with the idea that if you went back to the Miocene (10000+ years ago), would there be any issue with polluting the time line, lasting ramifications that effect your modern existence? There is the idea of the Butterfly Effect.

How about small groups that go back and hunt Mastadons, or farther back and hunt dinosaurs? Or a couple who have a permanent road back and forth and decide they want to live during the time of Mastodons and build a house there? The worst would be to allow large groups of poor people to immigrate back and get a fresh start. Yep, that’s in the book.

Arguably even if you were not altering human development, if you killed enough critters, you might effect the development of future species including humans, so the change could range from subtle, not noticeable, or possibly monumental.

There are several ideas in the story that I take issue with, one would be that any authority allow a private entity to run a time travel business. However I was able to overlook them. My primary complaint is that the story just seemed to get going, when it ends. The Safari who is wiped out by Carnosaurs, I wanted more! I enjoyed it while it lasted.

Then I remembered I really enjoyed Brandon Sanderson’s Mistborn trilogy, and decided to give him another go, and was hooked in a matter of a chapter on Warbreaker. Not sure at this point if this is a trilogy or not. The first trilogy mentioned dealt with the ingestion of metal, creating personal power, Warbreaker involves colors, breath, and awakening. The term refers to instilling power into inanimate objects so they will become animated and do your bidding. At this point there seems to be a spiritual power element to “breath” such as a life force. 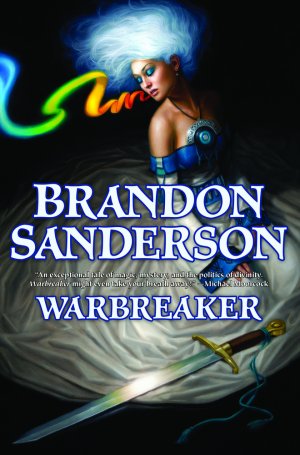 This week, I have been re-reading the superb Regeneration trilogy (Regeneration, The Eye In The Door, The Ghost Road) - set during the last two years of the First World War by the wonderful Pat Barker (this was the work for which she won the Booker Prize). Seriously excellent - intelligent, interesting, humane, and powerful, and, among other things, an extraordinary examination of social class, gender and war.

Random question for you readers.

If you read a series of books where some have been made into movies, do you picture those actors as the characters in future books?

I just finished A Time for Mercy by Grisham and it is the 3rd in the Jake Brigance Series the first being A Time to Kill. So as I am reading it, I picture Matthew McConaughey as Jake, Ashley Judd as his wife and Samuel L Jackson as Carl Lee.

Anyone else do this?

If you read a series of books where some have been made into movies, do you picture those actors as the characters in future books?

I just finished A Time for Mercy by Grisham and it is the 3rd in the Jake Brigance Series the first being A Time to Kill. So as I am reading it, I picture Matthew McConaughey as Jake, Ashley Judd as his wife and Samuel L Jackson as Carl Lee.

In general, (and yes, there are exceptions - the movie adaptation, which was surprisingly good, of The Name Of The Rose was one such, the LOTR movies were another, and, the first two Godfather movies, obviously, are yet another, for they are an even more rare case where the movies far surpassed the ancestor book in quality), in my experience, the book (or books) tend to be far better than whatever movies are derived from them.

In fact, usually, I dread movie adaptations as they are - almost invariably - such an utter disappointment.

If you read a series of books where some have been made into movies, do you picture those actors as the characters in future books?
Click to expand...


To answer the actual question, sure, visual memory is pretty powerful, I've even had one situation where I read the book, a couple of years later saw the movie, and have since revisited the book, and now, for all time, Brad Pitt is Tyler Durden


If you like the cyberpunk genre, I'd recommend checking out Neal Stephenson and Bruce Sterling, really anything and you can read some previews/reviews.

With Stephenson, you kind of have to read Snow Crash, it's fun, amazing ideas, but clearly it was written by a much younger author (in terms of skill and perspectives), it's really a satire of cyberpunk. His Baroque Cycle stuff is fun, I've seen it, which is a pretty good take, described as historical hackerpunk And slightly off topic, his more traditional sci-fi work, Anathem, is Top N material.

I'd at the very least check out Islands in the Net by Sterling.

DT said:
To answer the actual question, sure, visual memory is pretty powerful, I've even had one situation where I read the book, a couple of years later saw the movie, and have since revisited the book, and now, for all time, Brad Pitt is Tyler Durden
Click to expand...

The Uses And Abuses Of History - by Margaret MacMillan.

An interesting and thoughtful - and thought-provoking - book, by the invariably excellent Margaret MacMillan.

Scepticalscribe said:
The Uses And Abuses Of History - by Margaret MacMillan.

An interesting and thoughtful - and thought-provoking - book, by the invariably excellent Margaret MacMillan.
Click to expand...


Somehow had not heard of that, will have to take a look!

Meanwhile I've been choosing to read several books on the US Senate. The latest one is Lewis Gould's "The Most Exclusive Club." The author noted that he had found himself of a different view of that establishment (and of some of its most memorable figures) compared to what he had half-expected, even while still not very far into his research. So while acknowledging the power of this storied chamber of Congress, and some of its remarkable achievements on behalf of the nation, the book is no hagiograph of either "the club" itself over time or or of individual Senators, which suits me just fine.

Twelve Caesars - Images of Power from the Ancient World to the Modern - by Mary Beard.