Started Neuromancer (1984), so far so good! More comments to follow. 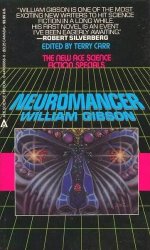 @Huntn: I must say to you that I have revised my opinion of the "century" trilogy by Ken Follett; I re-read it - in its entirety - last week, and must admit that it is extremely good.

Just got Obama’s book on Audible (29 hours, that’s a lot of rhetoric). I didn’t get it because I’m a big Obama fan, but because my roommate got it, said it was good, and said Obama addresses some of the concerns over policies I didn't agree with. He’s way more of an establishment Democrat and I’m way more of a Progressive cynical of Democrats. I’m interested to hear why he increased our wars, bailed out Wall St and the banks, was pro letting foreign countries have our jobs, and if he ever considered just being white. All the rest of our Presidents succeeded at being white, so what’s Obama’s problem?

Re-visiting some old favourites by Elizabeth Moon, and making the acquiantance of some of her books that I have not yet read.

I am reading yet more books by Elizabeth Moon: space operas, with female protagonists - what is there not to like?- (who almost invariably have a military background - Moon, who was a first lieutenant with the Marines, writes very well about the military, her military settings work very well, and she does female friendship, and families, family relationships - and writes about older women, exceptionally well, also.)

Two very different books centered on aspects and offshoots of the petroleum industry. One is Steve Early's Refinery Town, about the California city of Richmond where Chevron's footprint has been huge since the WWII era (and has been countered hugely as well by progressives in later times, in a heady clash of interests including those of the oil industry, green energy activists, religious leaders, construction unions, real estate developers and aficionados of casino gambling). The other is a book by Michael Patrick F. Smith, The Good Hand, a memoir about his time in 2013 working the shale oil fields of the Bakken Formation in North Dakota near the then boomtown of Williston.

And because not everything is about fossil fuels (or decidedly mixed feelings that they were ever taken up from the ground?), I've also been spending time with two books about classical music lately, mostly because I've been listening to a lot of Mozart and Beethoven, and so have reverted to consulting bits of Jan Swafford's enjoyable biographies of both composers.

Somewhere in amongst all those adventures I'm starting to think harder about this summer's "deep dive". Last year's was about the perils and joys of translating literature from one language and culture to others. This year I might revert to reading fiction of a particular region or culture, not sure yet. Last year's summer focus was endless fun and later spun into reading some works I had bumped into along the way, that were not in the least related to each other in any way except none was written originally in English. Still I didn't come away from the summer with that sense of immersion that a concentration on one author, time or culture has otherwise offered up from those deep dives. So time will tell but anyway I'm conscious of time moving on towards when I should be assembling a reading list!

The Goblin Emperor by Katherine Addison.

The Privilege Of The Sword by Ellen Kushner.

Just finished Gray Wolf. I’ve been researching this topic for a while and now I am 100% certain that Hitler survived the war and lived out his life in Argentina. Died in 1962.

Seems far fetched, you say? Consider this... When I was growing up in Poland back in the 1980’s, and during Soviet occupation, our history text books said that England and France abandoned us in 1939 when Germany invaded. I recall clearly that it said that soviet union offered support (they didn’t, in fact they invaded Poland from the East as is now commonly known) and that our allies, England and France, took weeks to declare war. In the early 1990’s after the collapse of the Soviet Union, our textbooks were replaced. A person literally walked into our classroom and handed us new text books. That’s when I learned that England declared war within a day or so and Frances followed immediately as well. Oh, and Russia invaded form the East.

History is written by the victor, that much is true.

His Only Wife by Peace Adzo Medie.

And earlier, The Fall Of The Kings - Ellen Kushner.

This week, I have been re-reading Gitta Sereny's superb biography of Albert Speer. (Albert Speer - His Battle With The Truth).

A Gentleman In Moscow - Amor Towles (a gift from my sister-in-law).