Breakfast/lunch/Dinner, what are you having?

lizkat said:
I've been shopping for fresh things mostly via Instacart the past year. But I laid hands on a loaf of Heidelberg brand pumpernickel recently, from a supermarket where I used to shop in person. And a pound of butter, which I use rarely enough as to forget to reorder it. The bread is wonderful and usually made of flours from specialty grains grown just up into Quebec.

So my breakfasts of late have featured just coffee w/ milk and heavenly pumpernickel toast slathered with butter.

Eggs, which I do like poached for breakfast sometimes. have landed at lunch lately, usually with a handful of greens wilted onto them as the poaching time ends, and sometimes with a bit of,,,, yes, ham,,,, or salt and freshly ground black pepper.

Anyway I went nuts when someone offered to shop for me off a custom list at my old supermarkets. Landed some organic chicken breasts too, which have been poached and frozen in broth for later reference.

Tonight looks to be a balmy evening, so I'm making some fairly ad hoc gazpacho from doorstepped local tomatoes picked right before the killing frosts of last week.

Love Indian Summer, hope this isn't the last of it, even though we're heading next to another stretch where the overnights will dip at least briefly below freezing. Days though may still offer some good time outdoors. I don't really miss the days of being a kid and being invited to shell a couple bushels of late peas this time of year. I'll cop to liking being able to reach in the freezer and drag out a packet of frozen snap peas.
Click to expand...

And yes, enjoying the last of the locally grown (and wonderfully tasty) tomatoes.

Horribly healthy and very tasty - not least because the vegetables were sautéed in butter before greeting the stock in which they then simmered slowly for the best part of an hour.

Having for lunch? Well, not this.

(file under things we already knew or could have guessed?) 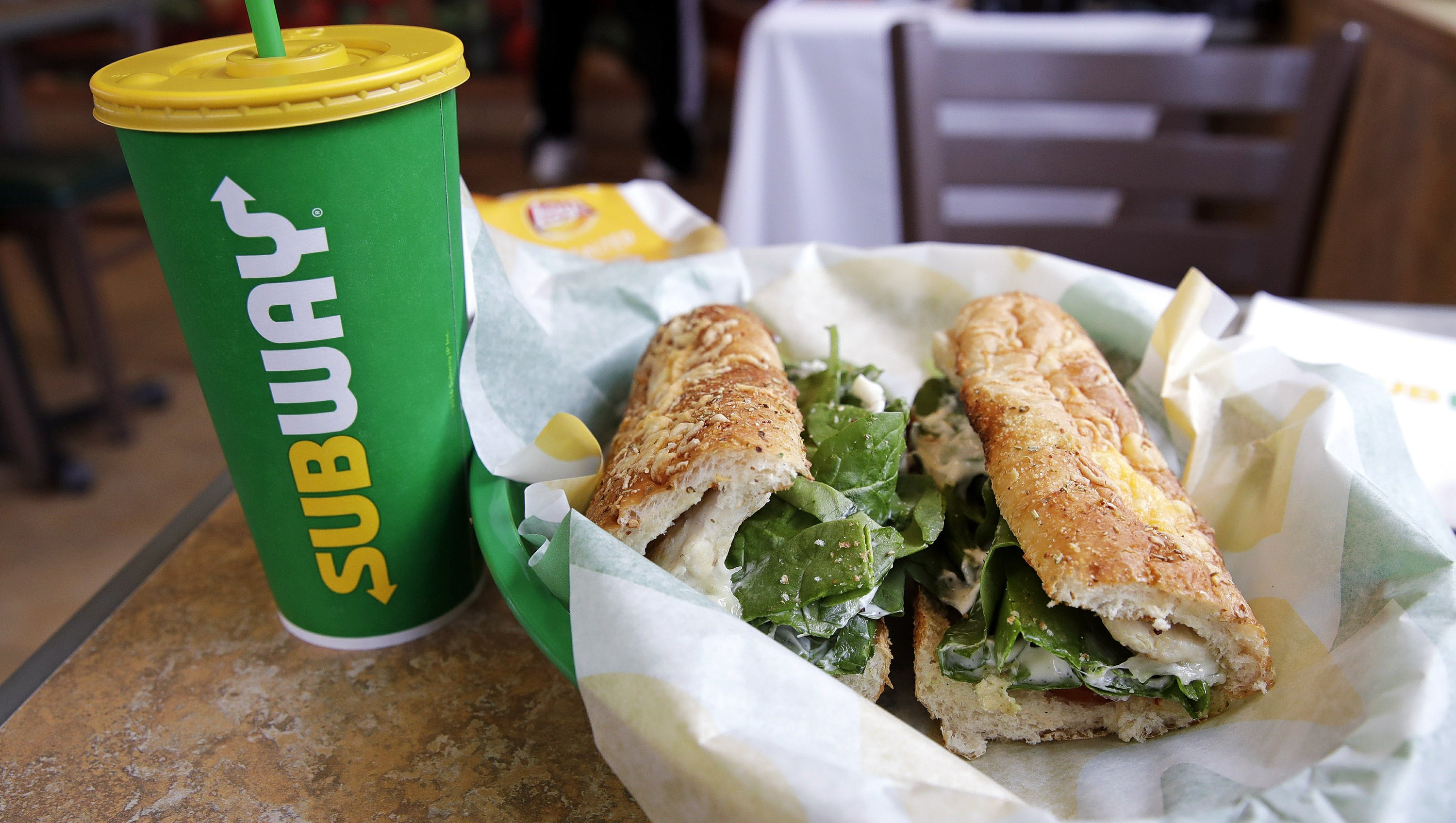 LONDON (AP) — Ireland’s Supreme Court has ruled that bread sold by the fast food chain Subway contains so much sugar that it cannot be legally defined as bread. The ruling came in a tax...

lizkat said:
Having for lunch? Well, not this.

(file under things we already knew or could have guessed?)

LONDON (AP) — Ireland’s Supreme Court has ruled that bread sold by the fast food chain Subway contains so much sugar that it cannot be legally defined as bread. The ruling came in a tax...

So Subway sandwiches are, legally speaking, a kind of cake?

Renzatic said:
So Subway sandwiches are, legally speaking, a kind of cake?
Click to expand...

Yep... so the franchise can have it, and sell it [ ha, or yeah, just eat it] but they must apply the Value Added Tax that accrues to pastries but not breads.

An Asian takeout, this evening, with Mee Goreng (sometimes called Bami Goreng), - a dish I love (when done properly), but was not quite as nice as I had hoped, and Nasi Lemak, (which is considered to be the national dish of Malaysia) which was delicious, and which I shall certainly order again, but they only offer it at the week-end.
Last edited: Oct 3, 2020

I like Nasi Lemak too -- a Malaysian in-law introduced me to it-- and actually have all I need to make it except for some cucumber (which I prefer to tomatoes in the garnish for this one), but I figure I could maybe get away with a little chopped water chestnut or zucchini just to marinate first in a little juice or tamarind sauce.

Alas I'm far too lazy to contemplate the prep for that dish today... I'm focused on a nice cauliflower and thinking to have some of that in a slapdash curry later on.

I love to cook, and am an excellent chef, but was tired of cooking, and wanted something different.

Thus, dinner this evening comprised Nasi Lemak (I have discovered that I really, really, really, like this dish), and Nyonya Asam (that hot, sour flavour is simply wonderful).

The classic English/Irish breakfast, but served for dinner, instead.

Dinner took the form of pasta with cannellini beans; A large organic onion, diced finely, sautéed slowly in melted butter for almost twenty minutes was followed by a full head of organic garlic (14 cloves, I counted) minced; then, I added a (drained) can of Italian cannellini beans, plus a cup of the stock that the pasta was cooking in; torn spinach leaves were then added, and allowed to wilt; finally, the pasta (cooked in stock) was drained and added to the cannellini bean and garlic sauce and mixed. And lovely and runny, just the way I like (nay, love) omelettes, - for, far too many people overcook them - but this looks delicious.

And lovely and runny, just the way I like (nay, love) omelettes, - for, far too many people overcook them - but this looks delicious.

Arkitect said:
As they say… baveuse.
Click to expand...

A lovely word to describe a lovely dish.

Damn the French; not only is the song of their language beautiful (I'm studyng it at the moment), but they have a wonderful, exquisitely expressive, and specialised vocabulary for food, as well.

Savory corn pancakes. I make a fast batter w/ regular pancake mix, the kind that requires adding an egg... but then add to that a cup of cooked corn kernels and some chopped fresh green parts of scallions or chives. Serve with a dollop of nonfat Greek yogurt in lieu of sour cream, and a shake of Spanish smoked paprika. (Swap in some fresh dill for the other greenery and it's great w/ smoked salmon on the side.)

There are some dishes that take-outs do far better than anything I could cook at home; so, with that in mind, I have ordered a biryani from a highly regarded place for dinner this evening.

So it's a "scramblet" -- a busted omelet-- for me tonight... sliced mushrooms and red bell pepper strips sautéd first in olive oil, then wilt in some coarsely chopped mustard greens, then pour on an egg scrambled with a little milk, add some salt and black pepper. Flip the cooking mixture around a few times with a fish turner and that's it. Quick to prepare and enticing to savor the spicy fragrance of the mix... even before it lands on a warmed plate. A side of multigrain toast with a little butter. Nice October evening dish.

I love doing that myself, I add shredded cheese and chives to it and cook it at such a low temperature that it takes a long time to start curdling. Then I shut the head down and pull it out of the pan while still a bit wet, makes a perfect soft scramble but requires a lot of patience.

ericgtr12 said:
I love doing that myself, I add shredded cheese and chives to it and cook it at such a low temperature that it takes a long time to start curdling. Then I shut the head down and pull it out of the pan while still a bit wet, makes a perfect soft scramble but requires a lot of patience.
Click to expand...

If Music Be The Food Of Love, Play On: The Music Thread: What Are You Listening To?
2 3 4

USA: Period between election and inauguration