Can Corporations Be Patriotic In A Global Market?

In other words, can you expect an international US, UK, or German corporation to make decisions based on what is best for their home country? My answer is without hard core regulation, no they can’t.

2021: Why are electronic chip prices through the roof? COVID supply chain productions is one reason. Demand is another. And could it be that US/Western corporations exported the majority of our chip manufacturing abroad?
For the next World War, do you think it matters where our manufacturing is located?

Is this Patriotic or smart? When does Cheaper conflict with Patriotic? And what about all those exported jobs? There are 3 things going on here, lower wages, disenfranchised citizens, and low to non-existent environmental laws while Gaia gets poisoned. Environmental impact arguably is as big an issues as job loss. Sure it’s cheaper, because the mercury is being dumped in their rivers.

When some US firms move production overseas, they also offshore their pollution

I’ll propose this is what happens when you give the Corpotacracy the freedom to to export domestic jobs arguably strategically important jobs overseas for profits. It also represents blatant profit based pollution That effects the entire world.

However we do manufacture a lot of chips in the US, but we’ve only got 12% of the world wide production. 75% of the world’s chip manufacturing is in Asia, and Western Corporations handed this to them for $$$. 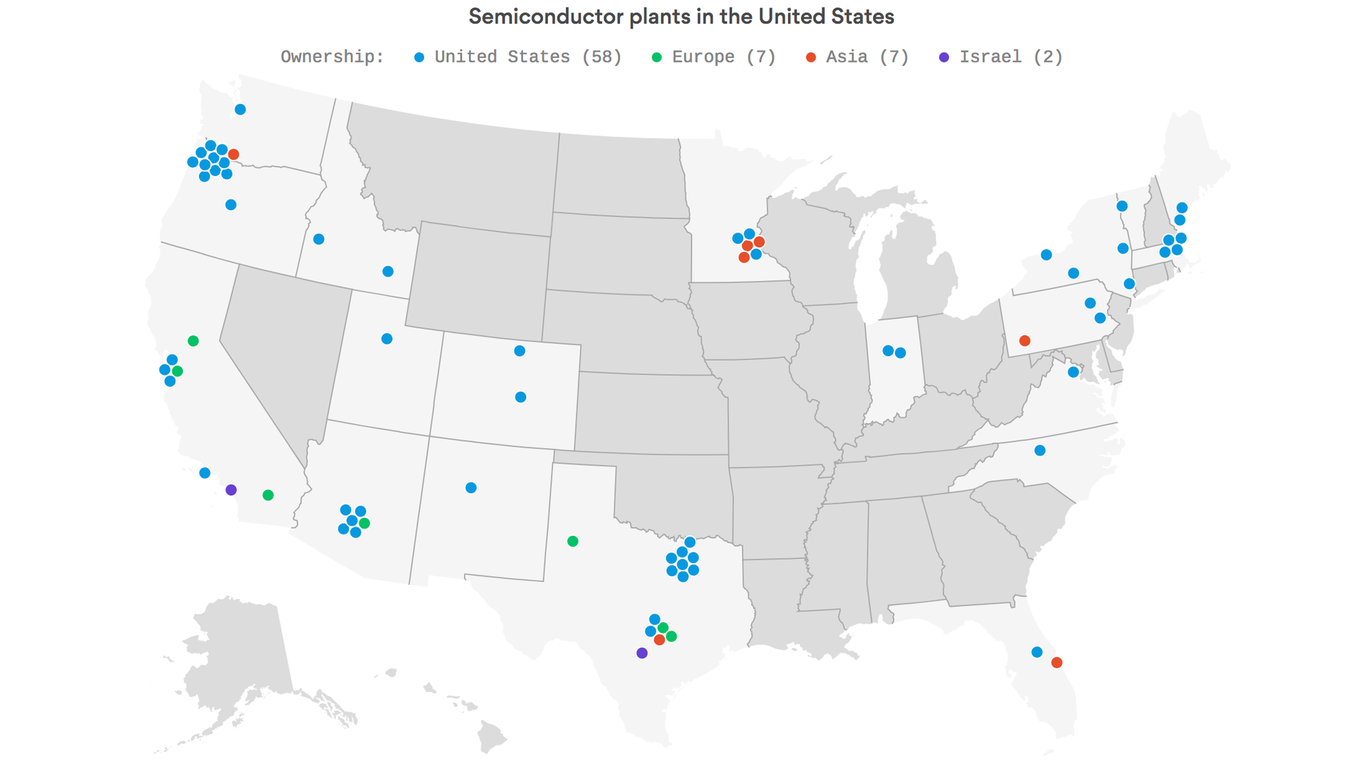 Computer chips are still "Made in USA"

Some $44 billion worth of semiconductors are exported from the U.S. each year.

www.axios.com
Also: An even greater share of the world's computer chips are designed domestically and made overseas by companies including Qualcomm, Apple, Broadcom and Nvidia. A bunch of the high-tech gear needed to produce chips is also designed and/or made in the U.S.

Yes, but: While U.S. chip production has steadily grown, its share of the market (now 13%) has declined as other countries, especially Taiwan and Korea, have rapidly ramped up production. Plus, many of the most advanced facilities capable of producing the smallest transistors are now outside the U.S. 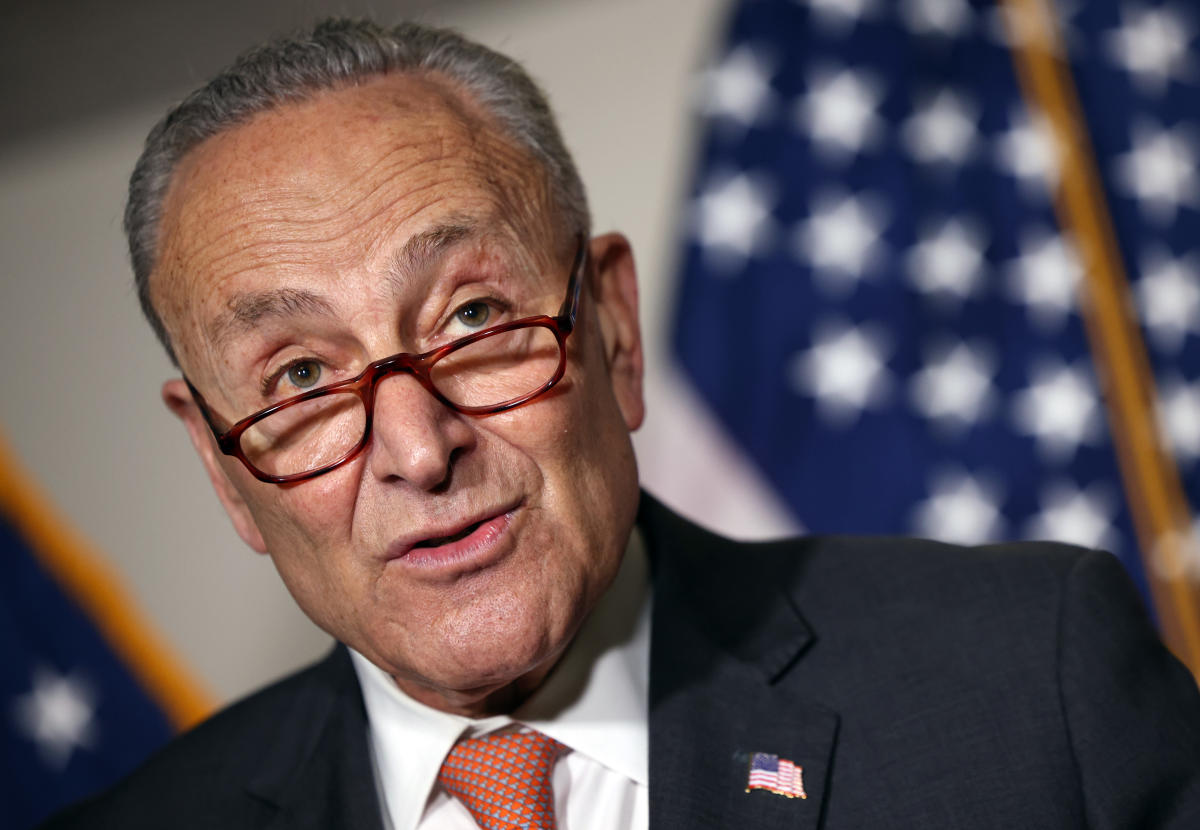 A bill allocating billions to increase US chip manufacturing and research has passed the Senate in a 68 - 32 vote. 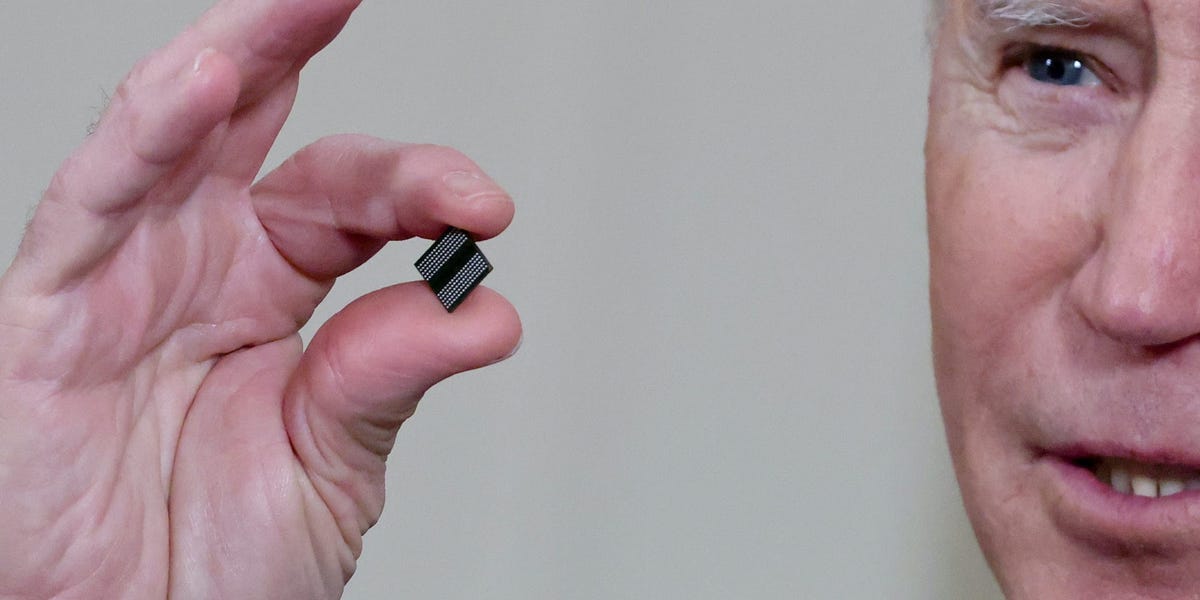 The US produces just 12% of the world's computer chip supply. Here's why it's trailing China when it comes to manufacturing and how it plans to get ahead.

The US doesn't incentivize chip-making as foreign governments do, but President Biden has a $50 billion plan to boost domestic manufacturing.

Is there a reason a corporation should feel patriotic?

Alli said:
Is there a reason a corporation should feel patriotic?
Click to expand...

Corporations’ feelings should be limited to religion so they can persecute their employees.

I doubt that the function of any corporation is to be "patriotic", irrespective of whether their target market is domestic or international, and I am not sure - as @Alli has already pertinently pointed out - that there is any reason for them to feel, or be, patriotic.

Primarily, they exist to make money.

However, to my mind, a more pressing concern is whether it is possible for corporations (again, irrespective of whether they trade domestically or internationally) to be ethical - to be informed by ethical concerns and considerations - in a global (or domestic) market.

Alli said:
Is there a reason a corporation should feel patriotic?
Click to expand...

Please explain why they should not?

If you consider that those in charge are citizens of a country and supposedly have some affinity to their homeland, I’d say some level of patriotism should be expected. What I mean by patriotism is taking business steps that not only help your business, but help your country. Now in the extremes of DJTrump we have seen some objections to the world according to The Head Sociopath coming from the Corportacry.

That said, there is no substituting a Federal Govt with the wellbeing of it’s citizens as top priority and should be expected to regulate corporations accordingly. I will admit as soon as the first corporation exported jobs to Asia, all the rest felt it was necessary to remain competitive. When there are only a couple, it was hey, we have an advantage! But when they all do, then workers are screwed wholesale. What’s a CEO to do? There seems to be minimal worry about gutting your home market because citizens buying power has been gutted. Maybe some are worried about this, but short term profits are more important.

At best we can expect the $$$ to trump patriotism and have a Federal Govt act accordingly. But I’d say should we not expect Titans of business to be Patriots? Being a Patriot should be more than cranking up the war machine fo make lots of money.

Huntn said:
Please explain why they should not?
Click to expand...

Because corporations are by nature capitalist, which makes them loyal to no entity but themselves. They will do what’s best for themselves, country be damned.

Companies continuing to do business with Russia during the war

Trump's promises to coal miners not panning out