Is Meghan Markle a slanderous liar?

Is there a basis for this? The difference between press coverage in the UK vs the US is stark. I am an observer of this phenomena and posted this here, because not only do I find it interesting, but I believe this conversation that started at MRs in the Queen Elizabeth Has Died thread, has a short life expectancy there, so I thought I ask here.
The quotes should be recognized as the person who,posted there, and my replies sit below this person’s posts.
———————————-

“Found in a post regarding the passing of Queen Elizabeth referencing Prince Harry in another forum” said:
He isn't a prince I'd like ruling, I certainly wouldn't want that jumped up lying PoS that he married ruling our country either, she's a nasty piece of work and he has converted to that style of life too. Good riddance for both of them being in our rearview mirror!

Edit: He isn't even a prince anymore, he lost that right when he gave it up. If anything, America is welcome to the two scumbags. He doesn't hold a light to the Brits and their steadfast attitude. F*** Harry.
Click to expand...

No hard feelings on my part, but wow just wow, the negative feelings directed at Harry and Megan, “nasty piece of work” comment, there is a full blown character assassination campaign going on over there.

My wife sees it everyday on Facebook, an absolute obsession over the multi-ethnic girl who stole one of our Princes away, and he who decided the Monarchy was not worth the hostility directed at him and his spouse. Just an opinion, and I won’t be debating this because the conversation will be shut down.


Found in a post regarding Queen Elizabeth’s Passing Pt2 said:
It's got nothing to do with ethnicity, friend, she is a liar and hated by many due to her actions and her uncanny ability to lie outwardly, believe her own lies and continue to do so even when proven wrong. Why you brought race into this is bizarre... but then if it's based on Facebook, we know the types of people that use that as a source of truth.

Both myself and my former colleagues have now worked with her and her entourage, including her former PR agency, they are out for themselves and will be slanderous even behind their most adorning fans backs - she is sickening.

There is a reason why she no longer has the level of support and friendship she once had. The royal debacle just exasperated it more.
Click to expand...

At this point I’d need something approaching evidence to fairly judge your accusation. The British Press comes across as rabid dogs profiting from sinking their teeth into the Duchess because she “resisted conforming”, and their readers seems to be infected. Apparantly a story about Meghan making Kate cry in a discussion about children’s attire at her wedding was blatantly false. In fact it was the opposite and statements after the fact, Meghan indicated her frustration with the British Press’s failure to correct the record.

Regarding Facebook, this was what I was referencing, not a source of truth AT ALL, a source for UK citizens who have bought into this toxic narrative to bad mouth Markle as part their daily routine. And Oh My God, they bailed on the Crown. In some corners of the UK this would definitely be a source of anger. This is the obsession I was referring to.

And if you friend, think race plays not part in this, I can’t prove it, but suspect it does. Now if we were in a political forum, which we are not, I’d ask you for evidence of lies and slander, but we are not, so I won’t. To continue this discussion will inevitably result in moderation From the local powers. However, for your reference: 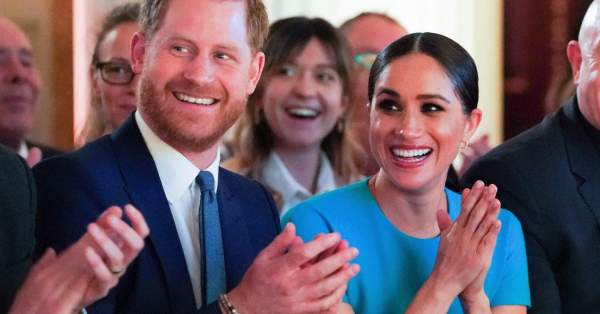 As the tabloids speculate that a newly-announced autobiography of Prince Harry will really have been written by his wife, Richard Sanders sheds light on a 21st century tale of racism, class and misogyny

Daughter, 20, Suing Her Mum's GP For Millions For Allowing Her To Be Born

Will the UK put the death nail in the trickledown economics myth?
2