One thing you have to admire, is how some 'r' governors will find new ways to waste taxpayer money. 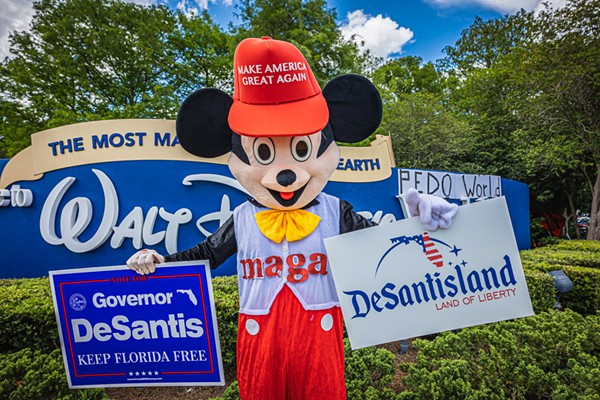 The group are suing for two reasons. Firstly, they believe the obligations of Disney under that district will be passed on to area taxpayers (a fear echoed by Orange County Mayor Jerry Demings). They also think that Disney's First Amendment rights were violated when the state passed a law they admitted was punishing Disney for its criticism of the state's "Don't Say Gay" law.

Michael Foronda, Edward Foronda and Vivian Gorsky are named as plaintiffs in the lawsuit, and they claim they. have standing because they will be on the hook for the district's former obligations. The lawsuit argues the end of Reedy Creek would "move these major regulatory burdens unto the county, thereby increasing the Plaintiff’s taxes, and will cause significant injury to plaintiffs.”
Click to expand...


Wonder how deathsantis will try to get back at the taxpayers? Raise their taxes? Oh wait, that's one reason he's getting sued.

DeSantis made his own electoral map, which attempted to take voting power away from black residents of his state. A court rejected it.

His map would have eliminated a Black Congressional district.
www.theroot.com

Sticking it to liberals is the next Bitcoin, but so far you are unable to pay your basic bills with it. The way things are looking you might be able to buy a Tesla with it though. Living in your car in a Kohl's parking lot is the new tiny home.