So how long will it take Murdoch's outlets on this side of the pond to follow suit? One can wonder... 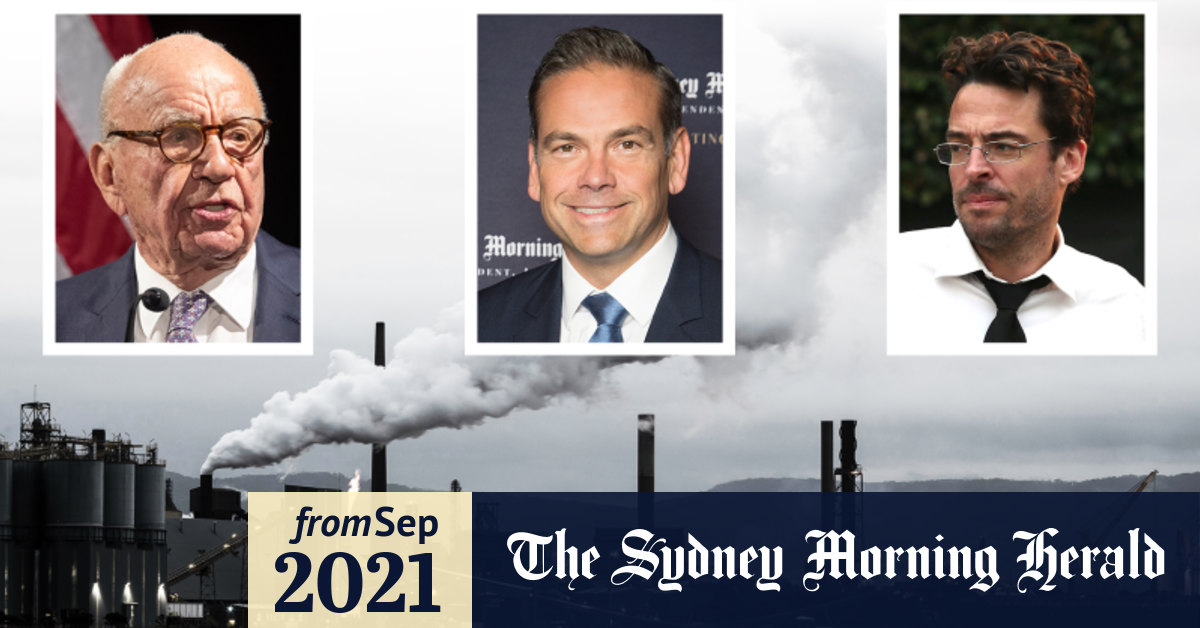 News Corp’s local outlets are set to begin a company-wide campaign promoting the benefits of a carbon-neutral economy.

The owner of some of the nation’s most-read newspapers, including the Herald Sun, The Daily Telegraph, The Australian and 24-hour news channel Sky News Australia will from mid-October begin a company-wide campaign promoting the benefits of a carbon-neutral economy as world leaders prepare for a critical climate summit in Glasgow later this year.
Click to expand...


Rupert Murdoch’s global media empire has faced growing international condemnation and pressure from advertisers over its editorial stance on climate change, which has long cast doubt over the science behind global warming and has since 2007 attacked various federal government efforts to reduce emissions.

The unrelenting negative publicity peaked in global outlets such as The New York Times and Financial Times during Australia’s deadly bushfires almost two years ago, which triggered a comment from Murdoch’s youngest son, James Murdoch, who publicly denounced the outlets’ “ongoing denial” of climate change. Mr Murdoch quit the News Corp board last August, citing concerns about its editorial stance.
Click to expand...

Reading this, all I can think is “what’s the catch?”

Alli said:
Reading this, all I can think is “what’s the catch?”
Click to expand...


The answer to all your questions is money!

On climate change, the money is shifting to the "tick tock" of the planet's heretofore well-heeled indifference to the idea that a) climate change was even occurring, b) that it mattered very much (after all, if you have money you can move to a mountain chalet), c) that climate change was human-driven, industry-driven, OIL and GAS industry driven, BIG AG driven... but suddenly after a couple billionaires' houses weren't on stilts, or weren't in fire-proofed canyons, etc., okay well now it matters.

But it will still matter more to the movers and shakers of the investor class (and their editorial outlets) in the western hemisphere that India and China "do more" so the west can keep extracting coal and oil to the last tons and barrels, and keep grazing dairy and beef cows until there's not enough air or water left for any part of the food chain to function properly.


As for where media are on all this, I found it very interesting to follow what's happened to the Progressive Farmer magazine over the years.

Summary per Wikipedia:: In 2007, after 130 years of publishing under the company it founded, Southern Progress Corporation, a division of Time-Warner, announced it had sold the Progressive Farmer magazine, circulation 620,000, to a former advertiser, DTN, based in Omaha, Nebraska. It was announced by DTN that Progressive Farmer would continue to be headquartered in Birningham, Alabama. DTN was acquired by Telvent in 2008. In 2017, Schneider Electric, which had acquired Telvent in 2011, sold it to Swiss investment group TBG.
Click to expand...


Exactly how progressive the Progressive Farmer magazine might be by now is probably (still) up for grabs. And DTN is a sprawling piece of work, styling itself as a provider of "operational intelligence" in agriculture, aviation, marine and offshore, refined fuels, sports and safety, shipping, transportation, utilities and renewable energy, and oh yeah, uh... "weather".

And speaking of well heeled interests, the "investment group TBG" is actually a family in Switzerland.


I bet their contributions to climate change mitigation are not through taxation, ya think? Venture capitalism heads ever more back to closely held family groups operating in tax sheltered venues as the great divide between haves and have-nots continues to grow around the world.
Anyway if you're looking for the ultimate editorial control of such as The Progressive Farmer, it might still have some of its olden days idealistic and idyllic look and feel, but its eco-friendly activism has long since been co-opted by some of the best PR that can be bought by world-class buyout managers.