Well someone's going to have to advance quantum networking, because its underpinnings are already moving into the realm of the practical (and therefore into alliances of industry and academia).

"Realm of the practical" doesn't exactly translate to a rollout to our phones and laptops tomorrow. For instance, much of the work being done now is performed at extremely low temperatures, so we need ongoing research in materials and container construction, to make it possible for quantum networks to function at least in part in more ordinary temperatures.

So I'm not going to start out by asking "what could possibly go wrong?"


[cue Archie Bunker: "Stifle yourself, Edith! "]​
However, if one reads even a little way into articles about the Amazon-Harvard collaboration, just even to get a grip on what quantum networking may provide us as time goes on, well.. asking that question early seems like a pretty good idea. 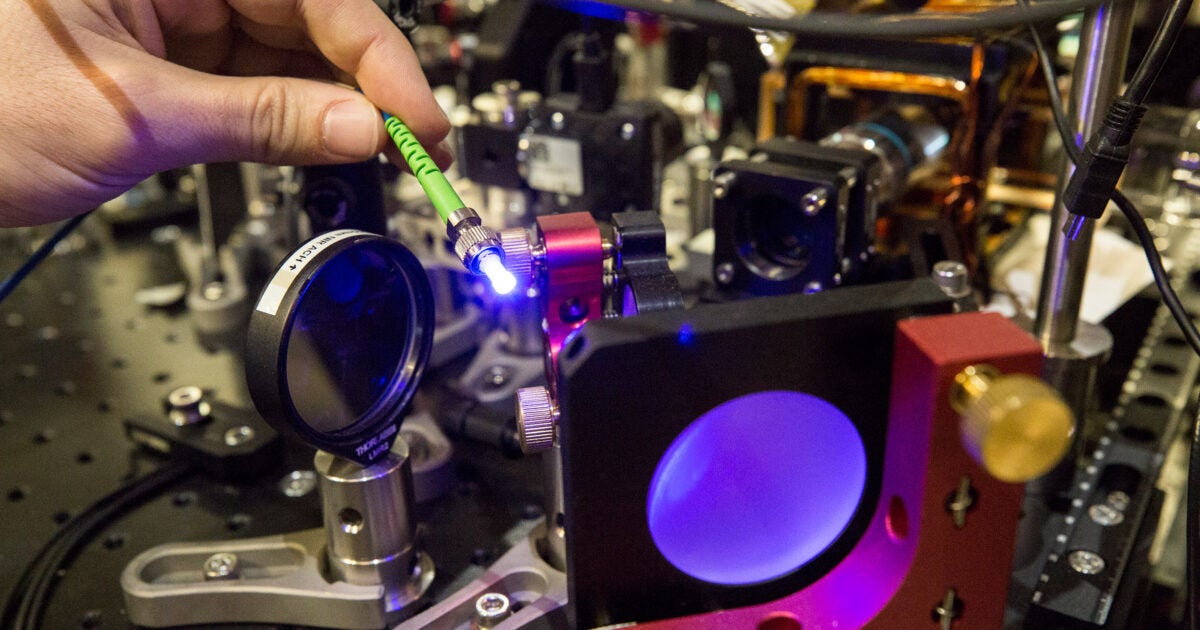 Harvard faculty leaders explain implications for the field — and the future.

Still, we've never been very good at predicting either what great leaps forward or what terrible mishaps may ensue from exploring "what's next?" in the course of scientific explorations and practical applications of our discoveries. So I say embrace the alliance for now, and let's hope we find more positive than negative value in creating a whole new kind of internet with capabilities we can't even imagine right now.

Through a three-year research alliance, enabled by Harvard’s Office of Technology Development, AWS will provide support of faculty-led and designed research projects at HQI in quantum memories, integrated photonics, and quantum materials. The principal goal of the research projects is to develop foundational methods and technologies for what eventually will become a quantum internet.

Separate philanthropic support from AWS will help Harvard train and support graduate students and postdoctoral researchers, especially with the goal of welcoming aspiring scientists and engineers from underrepresented backgrounds.
Click to expand...


One feature [of the quantum internet] is security of information, because the shuttling of quantum states means you can detect the presence of any eavesdropper. The second is coherence, basically a way to access quantum computers — once they become ready for primetime — in completely quantum fashion. For example, this could allow a user to generate a complex quantum state, send it via quantum internet — along with the quantum algorithm — to the quantum computer, do computation, and then retrieve the quantum state that is the result of the computation. Such an end-to-end quantum system — “quantum cloud,” as I like to call it — would result in unprecedented computational power and security.
Click to expand...

We are talking here about not just the next generation of internet, but about the internet with fundamentally new capabilities. Apart from secure communication, applications could include networked quantum computers with fundamentally new possibilities. One example is “blind” quantum computing where computation can be executed on a quantum cloud without anybody — including parties running the cloud — having a possibility to find out what is being computed, new types of distributed sensor networks, secure voting and decision-making, and more.

This is an inflection point, where a new scientific field is being born, involving the interface between quantum physics, chemistry, computer science, and device engineering. Analogies from the past include the emergence of new fields such as electrical engineering or computer science. They emerged from disciplines such as physics or mathematics and both had a profound impact on science and society.
Click to expand...


Sounds cool. Hope we don't wake up the wrong half-dead cat in some rando box on an otherwise boring afternoon.

I don't know, sounds far fetched. Harvard get some money, Bezos gets a tax break (does he even need one since he may already pay no taxes?) and an air of respectability to cover the terrible working conditions in his warehouses. I am just always skeptical when people use the word "quantum," like Deepak Chopra's Quantum Healing book.

I'm not skeptical of quantum science, but it does give one pause to realize that it's always going to be behemoth institutions and already deep-pocketed institutions showing up to lay the cornerstone of any enterprise already described as the ground floor of the next great commercial adventure. Just how it goes.

Somewhere behind all that are usually a bunch of people who scrabbled away in the dust of chalkboards surviving on little academic grants and then working in the dust of homebrew labs... and maybe encountering finally some "Aha!" moment --for which they may or may not ever garner adequate recognition-- and which 20 years later is still the long-forgotten bedrock of at least one megacorporation.

Doesn't mean we shouldn't encourage industry participation in developing practical applications of scientific discoveries. But it pays to see how they behave as they go along

I mean Amazon for instance has long been known for acquiring companies that could otherwise be seen as competitors. There are a bunch of "social cataloguing" sites that specialize in books and Amazon has scarfed up some of the best or most robust or most popular ones, e.g. Goodreads, LibraryThing etc., figuring anything that promotes or lists or discusses books is bound to help their bookselling group, especially because it gives Amazon hugely useful data on customers and products they favor or hate.

So right now begins a new realignment of assorted scientists and entrepreneurs who see an angle into their own growth as they pitch their value to the new Harvard-Amazon alliance for quantum net development. Whom will it serve better? Consumers, the individual contributors or mostly the duo at the top with the already hefty coffers, prestige and ambition to stay at the top of a new supply chain?

Security concerns when connecting devices to your home wifi

Intel to lay off thousands