I just watched a Louisiana Republican asking for billions in government money… seemingly in support of the $3.5 trillion infrastructure bill the Dems are trying to pass.

He made great arguments as to why the money is needed, included some money for improving Internet infrastructure. That way, people without good access to affordable high-speed internet can actually get the warnings in a more timely manner.

He should get more of his fellow republicans on board so the infrastructure bill can get more bipartisan support.

If only all R states had been hit by Ida.

Parts of the Northeast may as well have been in Louisiana near landfall of Hurricane Ida, for all that "being up north" helped them out w/ respect to the so-called "remnants" of this storm. Think we're used to getting rain but not so much strong tornados and such extreme rainfall in such sort timeframes as to cause major road and even rail-bed washouts. 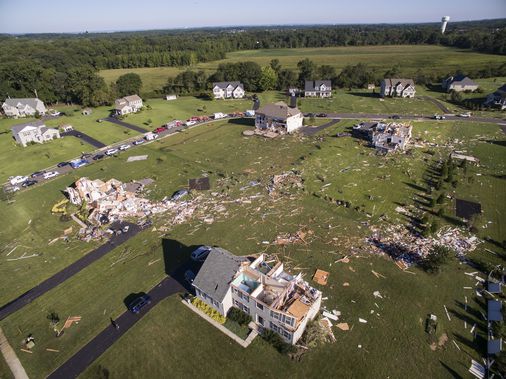 Scenes from around the region as remnants of Ida pummel Northeast: See how the storm affected each state - The Boston Globe

Leftovers from Hurricane Ida slammed into the Northeast overnight, triggering tornado watches across parts of southeastern Massachusetts and Rhode Island, and sending New York City into a state of emergency as subway stations roared with the sound of rushing water from flooding that halted...

Village Idiot and VA Governor Glenn Trumpkin: I am going to ban the teaching of CRT in schools. Senate Democrats: No you're not

Most concise explanation and justification for single payer