MobileIron released an update and now the apps I need for work function properly (it does look like the issue was clipboard access shenanigans). As a result, I installed iOS 16 beta on my iphone.

This allowed me to play with a few things that are not supported on iPadOS.

The phone makes suggestions about screens, and scans your phone‘s photo library to come up with some:

It can detect the foreground object and superimpose it over the time, though you can toggle that on or off.

One other thing I found that I didn’t know about Is that when in safari, if you scroll past the top a little bit, it shows you a button you can use to change tab groups. In the screenshot below, that is the “Default >” button - “default” is one of my tab groups. 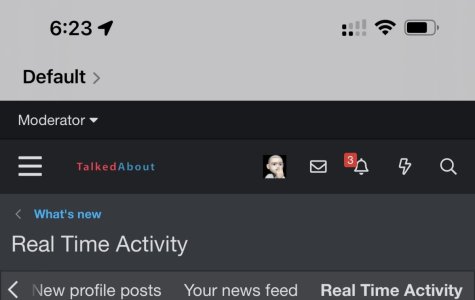 I’m not sure whether I like that or not. I tend to mostly reveal it by accident.

Interesting and cool stuff, thanks for sharing. I won't be updating my phone this year but always look forward to the latest iOS.