Is Mask Shaming Bad Both Ways?

My impression is that mask shaming originally started with inconsistent messaging that started under the Trump Administration, from The Head Deplorable himself who refused to wear a mask for whatever reason, he did not want to look weak, or he knew COVID was deadly, but he did not want to “alarm citizens”, (more like fool them), badgered a reporter to remove his mask, and mocking others (like Joe Biden) who wore a mask as a Presidential candidate. And of course, many of the Trump sheep latched onto this as their “patriotic” duty to resist this “nefarious” practise. This is what happens when we elected a incompetent, corrupt, habitual lying and manipulating narrcacistic sociopath to lead the country. 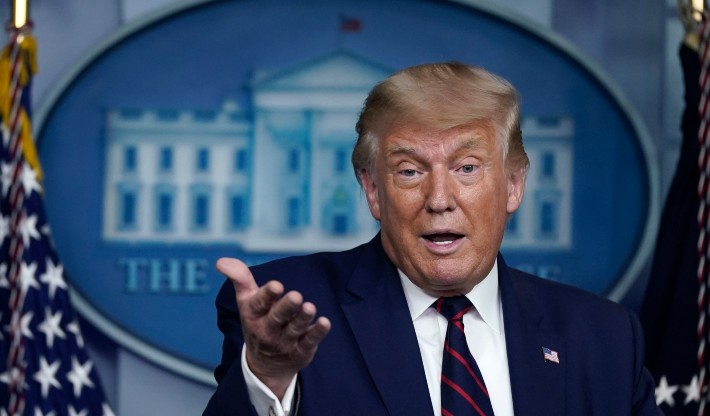 Even after the reporter found another way to ask his question, the president was still annoyed.

Of note there has also been shaming or objection for not wearing a mask. But this comes from people who see mask wearing as an effective way to limit a pandemic, and they have the backing of both the CDC and the NIAID. Most businesses have adopted a mask policy and are enforcing it and I applaud them. If you are wearing a mask, you don’t want to be around someone who is flaunting their reckless “liberty”, breathing all over you.


https://www.verywellmind.com/how-mask-shaming-is-becoming-a-public-battle-4846481
So you might ask what is the difference? The difference is that on the mask wearing side you have science and consistent policy while on the mask rejection side, you have partisan rejection of science, and ignorant arguments about people’s freedom and liberty being trampled, completely blind to the fact this has been a medical pandemic emergency and habits need to be altered until the vaccinations corral this virus. That is your patriotic duty, not selfishness, which has nothing to do with patriotism. But again, you must look at the source of the symbol of selfishness in the US, Delinquent Donny, his followers and the imploding, broken, Republican Party, which is spasming in its death throws within his deadly grasp.

A slew of Republican Representatives have announced their retirement. This will be a ripe time for either Democrats or Trump stooges to step in to fill the void, and regardless, it means the obliteration of the GOP. You want to see real RINOS? Look for Trump Renfelds and QAnon kooks to try to fill this void. We must be proactive and hope sanity prevails based on our efforts.

I was in the position to remind people to wear masks fairly early during the pandemic. I never had anybody get belligerent about it, and I always treated it as “don’t forget a mask before you come in” or “maybe you don’t have a mask yet? We have some extras if you need one.” I knew some of them were annoyed, but none of them took it out on me; they begrudgingly accepted it. For those that DO get belligerent about it, I recommend shaming them badly. Put it online so the whole world can see the selfish jerk who refuses to do something simple and harmless for the good of their fellow human beings.

I haven’t seen anybody challenging it where I live. You occasionally see the odd person with a lanyard that explains they are exempt from wearing a mark, but I usually just think it’s strange they are out in public if their health is that bad anyway. Certainly haven’t seen anybody being called out for not wearing one of late and most people seem to accept it’s a way of life at the moment.

Chatting to a colleague from the US and it seems more of a problem over there. I think it if I walked into a shop here and refused to put one on without a legitimate reason, I’d most likely get my head kicked in.

For the most part I don't worry about it. I wear a mask when I am out in public. If I see someone not wearing a mask I don't mask shame them, I just stay away from them.

That being said, most people I see out and about in public are wearing masks, but I'm going to see how much that has changed since today Texas is open 100%.

JagRunner said:
For the most part I don't worry about it. I wear a mask when I am out in public. If I see someone not wearing a mask I don't mask shame them, I just stay away from them.

That being said, most people I see out and about in public are wearing masks, but I'm going to see how much that has changed since today Texas is open 100%.
Click to expand...

I think that since Trump left things have calmed down. The day to day bashing of masks and ignorance around this virus by leadership was a huge hinderance to the progress of fighting it, it feels like we're finally on the path to getting back to a sense of normalcy.

Conservative media is in constant pursuit of a differentiator, something to fight about. They make some bizarre choices, but I think the bar is incredibly low, as in they’ll fight with libs over anything. The point is to fight with libs, and keep ad $ flowing to Tucker and the rest. Rush Limbaugh was the biggest piece of shit ever born, just as bad as Trump.

Trump made it political. I mean, just this morning a guy on instagram said I was "living in fear" because I choose to wear a mask. I said I was living smart, and that I have been coming into work the entire pandemic so I am far from "living in fear"

It's just sad to see so many people fight something as easy as wearing a mask in public when you are around people. I have lost hope for this country. If something REALLY REALLY bad ever happens we are screwed. People are selfish.

I still go with the passive aggressive approach. When we’re in the grocery store and see some asshole without a mask, I lift my mask and cough.

Gavin Newsom taking more photo ops without a mask where they're required.
2 3

Florida What in the ever loving fuck is wrong with you. Hold my beer addition.