If President Trump tunes into Fox News this weekend, he may see something unexpected: a point-by-point fact-check to wild election fraud claims made by some of his favorite hosts on the network.

Applause for Smartmatic, for making Fox not only back down, but air a correction/retraction in the very programs that spewed these lies.

Not that Hobbs, Pirro or Bartiromo are likely to mend their ways. But it's a start.

It doesn't sound like Fox wanted it to be known that they were being called out, either.

Perez, who has a history providing insight to news organizations, told CNN on Saturday afternoon that the interview process with Fox was unusual. Perez said, for instance, that the network would not tell him which show the piece would be aired on and that he found it strange the interview was not conducted by an on-air reporter or host.
"I was never informed that the content would be for Mr. Dobbs' show," Perez told CNN. "And my reaction was to observe as many others have how kind of strange and unique that particular way at presenting the facts was."
Click to expand...

"I am not accustomed to seeing Lou Dobbs air very straight forward factual evidence," Perez added, noting it was unusual for the news package to simply end with no comment from Dobbs and then cut to a commercial break.
Click to expand...

"I think my main reaction was one of surprise and to think to myself that it was very interesting to see how the interview ultimately played out because I had not been given any reason to expect that was the nature of the story," Perez said.
Perez also said that he was not made aware prior to the interview that the questions would be solely focused on Smartmatic.
Click to expand...


Let's have more of these lawsuits.
U

If President Trump tunes into Fox News this weekend, he may see something unexpected: a point-by-point fact-check to wild election fraud claims made by some of his favorite hosts on the network.

Applause for Smartmatic, for making Fox not only back down, but air a correction/retraction in the very programs that spewed these lies.

Not that Hobbs, Pirro or Bartiromo are likely to mend their ways. But it's a start.

It doesn't sound like Fox wanted it to be known that they were being called out, either.

Let's have more of these lawsuits.
Click to expand...

So much job security for lawyers.

And now that attention is being focused elsewhere 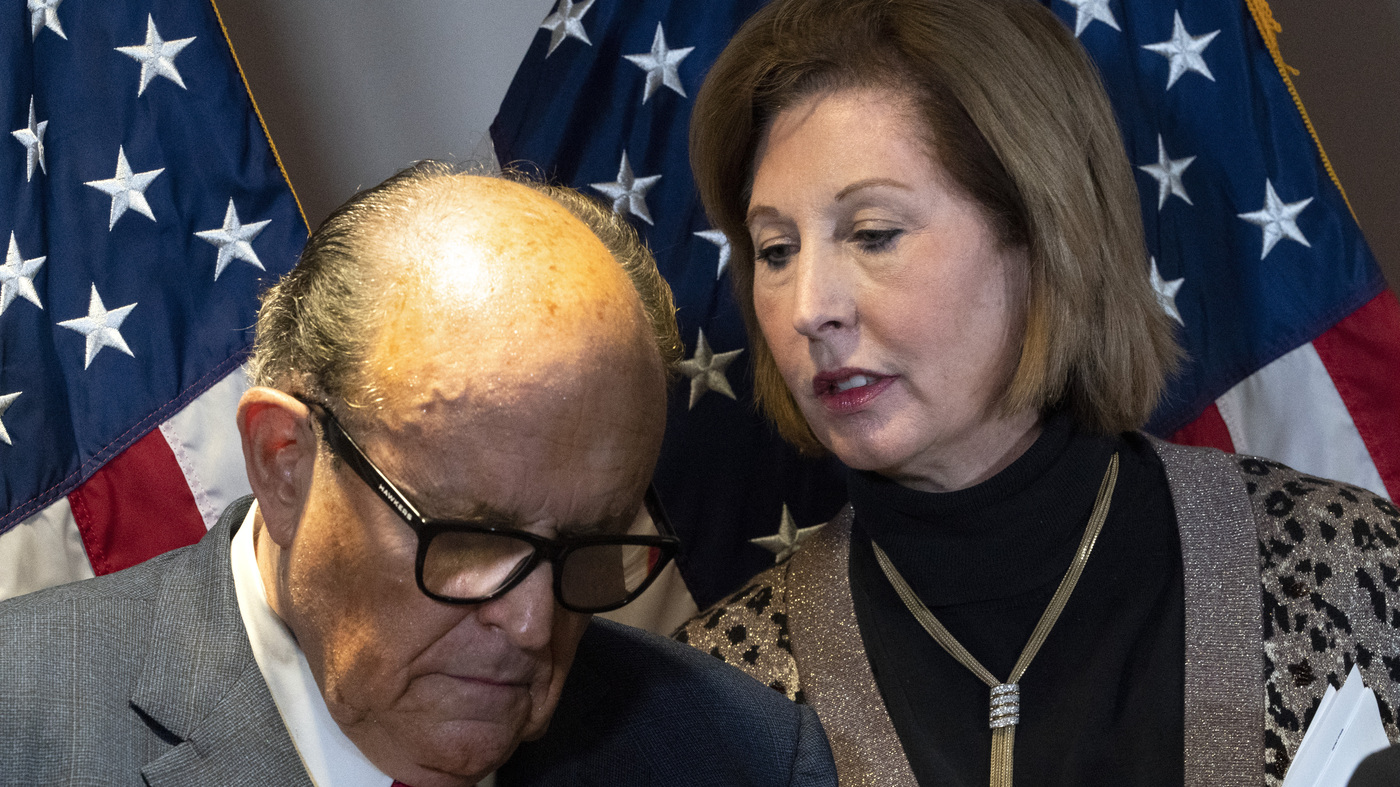 Rudy Giuliani and Sidney Powell are among those named in the suit by Eric Coomer, Dominion's product security director, who is in hiding over threats stemming from conspiracy theories about his work.

A version of this story was originally published by Colorado Public Radio.

A top employee of Dominion Voting Systems, who has gone into hiding after becoming the subject of conspiracy theories on the right since the election, is suing the Trump campaign, a number of campaign surrogates and pro-Trump media outlets, alleging defamation.

Eric Coomer, director of product strategy and security for the Denver-based company, has been baselessly accused of using his position to mastermind a high-tech plot to steal the election for President-elect Joe Biden. Biden's victory has been certified in the states by officials of both parties with no evidence of widespread fraud or irregularities.

The lawsuit says the claims made about Coomer have led to death threats, constant harassment and "untold damage to his reputation as a national expert on voting systems." Coomer was forced to leave his home one week after the presidential election ended and move to a safe undisclosed location where he remains.

Among those being sued, along with the president's campaign, are his personal attorney Rudy Giuliani and outside lawyer Sidney Powell, who has been spotted at the White House in recent days as the president has continued to look for ways of overturning the election, including a meeting with conservative lawmakers who are planning an ill-fated push to challenge state electors when Congress certifies their votes on Jan. 6.

Coomer is also suing figures in right-wing media, including the networks Newsmax and One America News Network, OANN reporter Chanel Rion, blogger Michelle Malkin and others.

"Today I have filed a lawsuit in Colorado in an effort to unwind as much of the damage as possible done to me, my family, my life, and my livelihood as a result of the numerous false public statements that I was somehow responsible for 'rigging' the 2020 presidential election," Coomer said in a statement announcing the lawsuit.

"The widespread dissemination of false conspiracy theories about the 2020 presidential election has had devastating consequences both for me personally and for many of the thousands of American election workers and officials, both Republican and Democratic, who put aside their political beliefs to run free, fair, and transparent elections. Elections are not about politics; they are about accurately tabulating legally cast votes," Coomer said.
Click to expand...

American Thinker abandoning their journalistic principles is like me losing the keys to a Ferrari I only wish I had.

Rep. Lauren Boebert Says Canada And U.S. 'Need To Be Liberated' Like Ukraine

Did we really need a Fox News?
2