I think metoo has officially jumped the shark. Actress Evan Rachel Wood has bravely come out and said Marilyn Manson was abusive in their past relationship.

1. Rose McGowan, the militant face of metoo, was in a relationship with Manson for 3 years including a brief engagement. It ended over “lifestyle differences”. With Manson you can probably imagine what those differences could be. Rose has not included Manson on her metoo hit list.

2. It’s Marilyn Manson, not exactly a secret what you are probably going to get yourself into, and in his world one person’s abuse is another person’s kink. I don’t imagine this being a bait and switch scheme.

3. Of course there are still limits to what could be termed S & M lifestyle and actual abuse, but I think getting in a relationship with Manson you should know ahead of time that you’re going to have to set the bar pretty high, and I would include psychologically. He's also known for being quite intelligent and eloquent in questioning the status quo and social norms. You really don't need to dig deep to find his interviews showing this.

4. If knowing all this going in, was there some aspect of "but I can fix him" going on in the relationship? Typically men in relationships hope the woman they are seeing long term will never change while women in long term relationships with men hope they will change. Gee, how come so many don't go well?
E

He started dating her when she was 18/19 and he was in his late 30s - https://people.com/celebrity/marilyn-manson-dating-evan-rachel-wood/ - that is at best icky.
U

Eraserhead said:
He started dating her when she was 18/19 and he was in his late 30s - https://people.com/celebrity/marilyn-manson-dating-evan-rachel-wood/ - that is at best icky.
Click to expand...


Or typical rock star behavior, or at least typical going back to when Manson was at his peak in the late 90's and early 00's.

I am concerned about the claims that he kept her from leaving the relationship, but most of the rest of the allegations sound like something you’d expect from Manson unless you’ve lived under a rock for the past 30 years. It would be like dating Church of Satan founder Anton LaVey and complaining he made you take part in satanic rituals.

NBC wrote an article saying Manson was quite open about some of this behavior “and yet ‘they’ let it continue to happen.”, meaning his industry enablers. If this was an Onion article it would be titled Depraved Man Caught In Doing What He Said He Was Doing Scandal.
U

Reminded me of this from Reddit r/memes (don't overthink it, it's bumd)

I don't really call this brave, since in the current era, support tends to skew in favor of those who come out, regardless of the likelihood of their claims. Johnny Depp was arguably the victim of nonsense claims.

Granted, this one is backed by at least one other person. 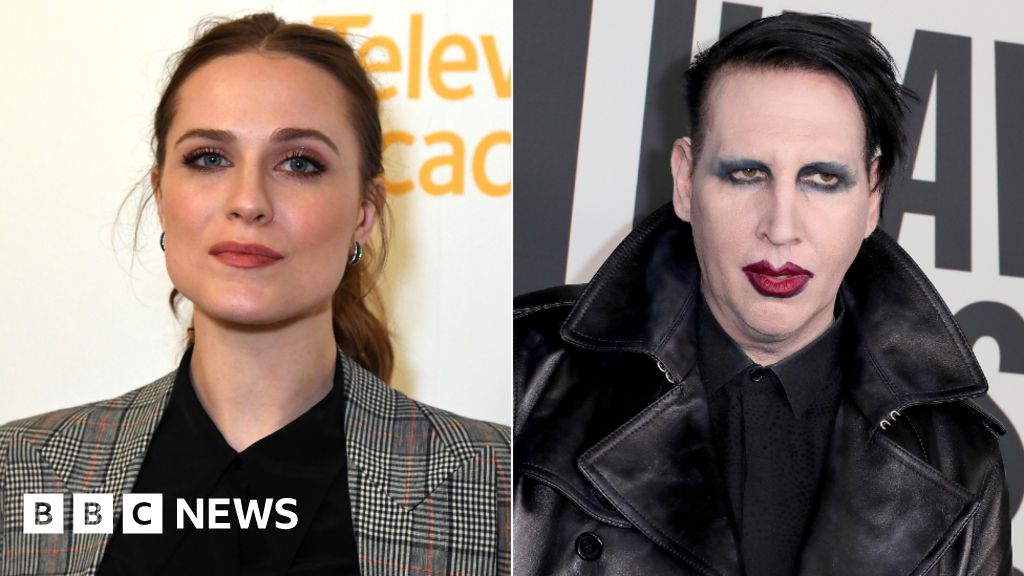 The actress claims she was 'horrifically abused' by the musician but he denies the accusations.
www.bbc.com

A guitar technician who toured with Manson, Dan Cleary, has previously said on Twitter that Manson turned Wood "into a different person" while on tour, adding: "He broke her."
"I then started working for him as his personal assistant in 2014-2015," Cleary alleged. "I saw first-hand, over and over, him being an abusive violent boyfriend to his [girlfriend] Lindsay. Over the almost two-year stretch I saw her in tears and him screaming and belittling her more often than I didn't.
"He would threaten to kill her, cut her up, bury her, embarrass her to the world. Making her cry and fear him made him feel good. He would remind her that she'd be homeless without him and make fun of her learning disabled family member."
Cleary claimed several people in Manson's inner circle knew of the alleged abuse but would not say anything because of "the code" and a fear of losing work.
Click to expand...

Interesting that Manson and Johnny Depp are BFFs under similar allegations.

Vita Von Teese, Manson's former recent wife, came out to say this wasn't her experience with him. I think there are many factors in play here, but I think a big difference is strong women in Manson's life vs weaker impressionable women. I could see the stronger women being able to call Manson on his shit, meeting him on his own level so to speak, and going along with his kinks as either enjoying it themselves or seeing it as acceptable role-playing, while a weaker more impressionable woman seeing it as just wanting to please and being abused in the process.

Also, Trent Reznor came out to condemn Manson, not on these specific allegations, but just as Manson being a horrible person. Trent discovered Manson and launched his career but they had a falling out almost 30 years ago. As a former Goth I like both, but am way more a team Reznor guy. I've met both IRL and Reznor seems more like the Dr. Dre of Industrial music. After he got the spoils of his initial young fame out of his system he became a businessman with a divide between his music persona and his personal life. Reznor has recently done Oscar winning and nominated film scores and is a big player in that industry. He was also part of Beats when Apple acquired it. Meeting Manson seemed like he is Manson 24/7/365. He's done some non-Manson acting roles but most of his professional and personal life is still tied to the Marlyn Manson persona/reality.


Evidence in Depp's case suggests Amber Heard was the abusive one in the relationship. He apparently lost his defamation suit though. 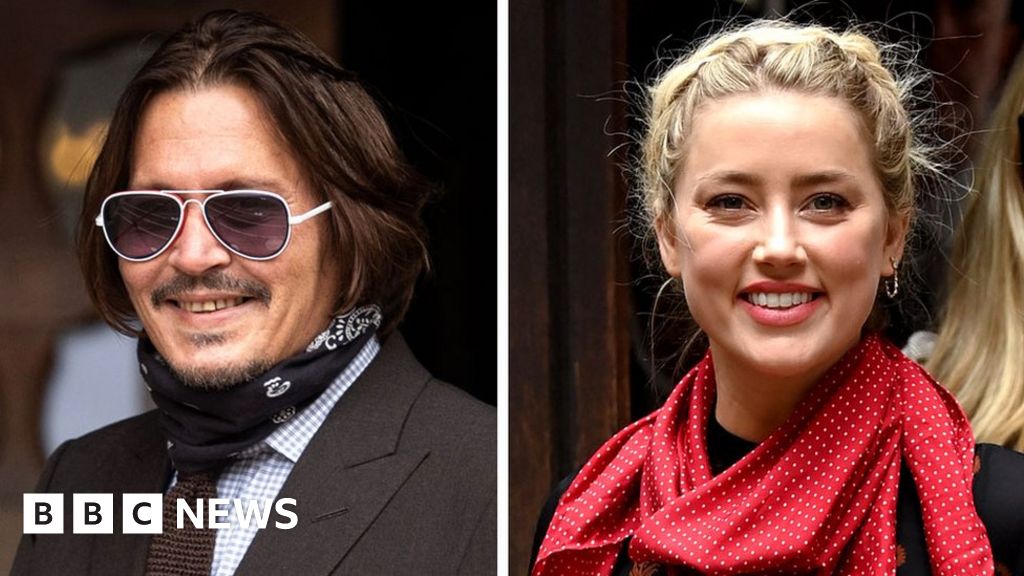 Here's an older one for further context. The BBC one omits some of this stuff. 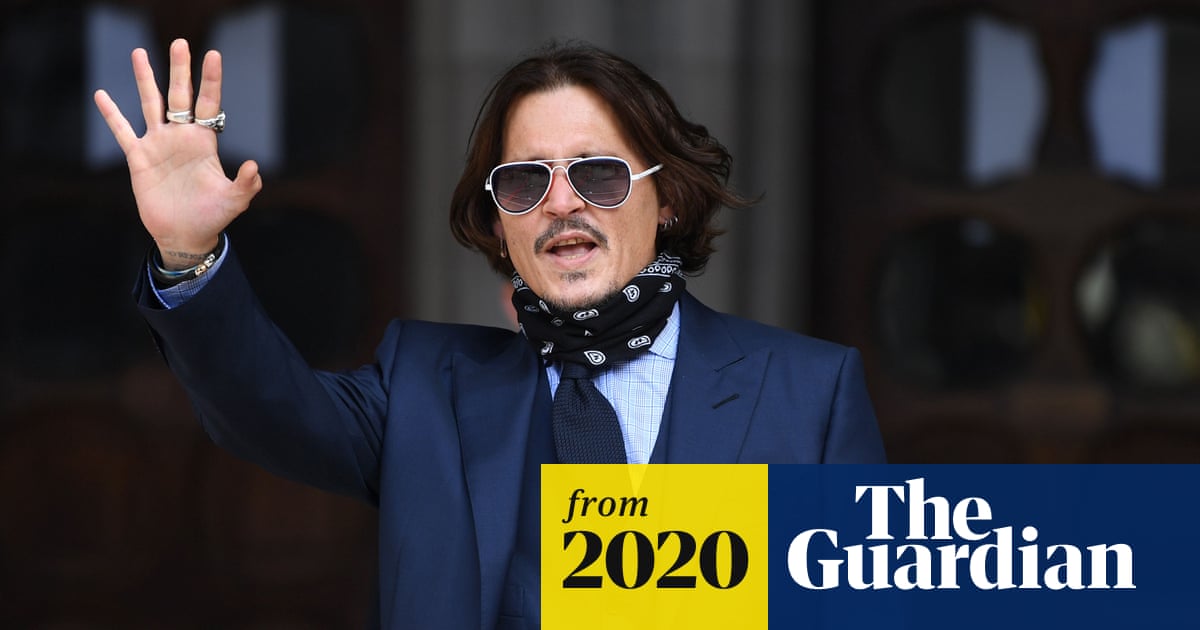 Malcolm Connolly invented story that the actor damaged his hand himself, court hears

thekev said:
Evidence in Depp's case suggests Amber Heard was the abusive one in the relationship. He apparently lost his defamation suit though.

Here's an older one for further context. The BBC one omits some of this stuff.

Malcolm Connolly invented story that the actor damaged his hand himself, court hears


Last I heard the relationship was a two-way street of abuse, but regardless, Depp gets canceled while Heard suffers no loss.

Stopping the spread of "woke" language
2

Freedom to not say stuff

Future Tech The Sky Is The Limit