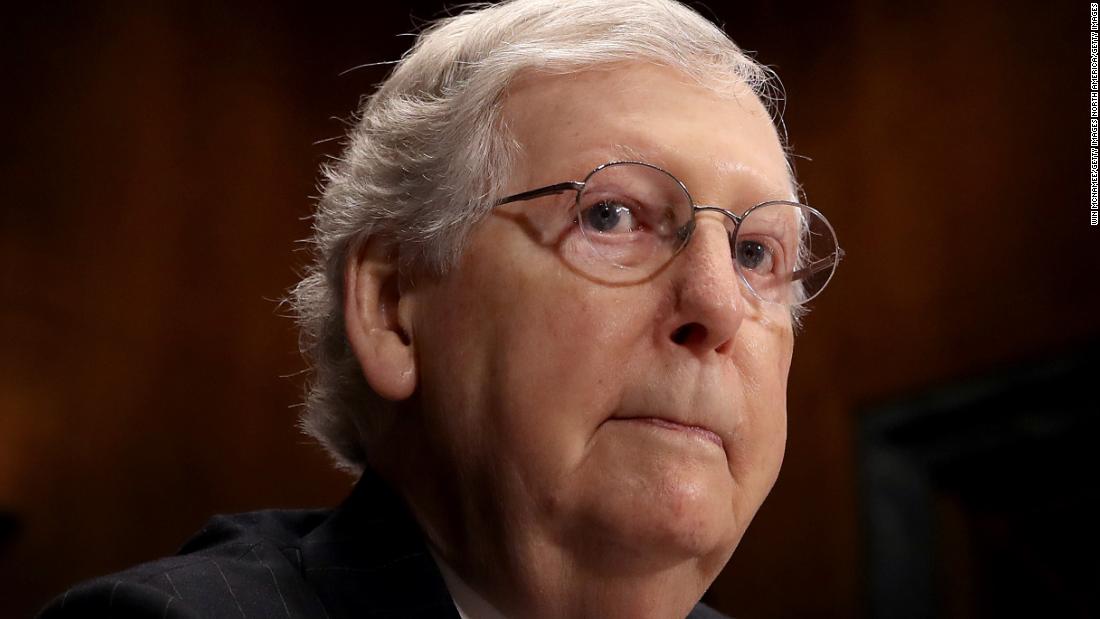 Opinion: The biggest loser in the Georgia runoffs

Jess McIntosh writes that Georgia voters, in electing Democrats Jon Ossoff and Raphael Warnock, dealt a devastating blow to anti-democratic forces still within our government by sending Senate Majority Leader Mitch McConnell back to the minority.

Yes it's not clear that Kentuckians would be happy if like residents of DC or Puerto Rico they paid taxes but didn't have any US Senator, never mind one with a leadership post like majority (or now minority) leader...

Meanwhile per the Washington Post, McConnell is blaming Trump for what happened on the Hill today. As if you can ever let porch dogs into the parlor and they'll let themselves out when you figure they're no longer needed underfoot. What did Mitch think would eventually happen when the GOP no longer needed the authoritarian follower segment of this Republican Party's base?


True to form though, McConnell reserves comment and apparently expects to resume later this evening the day's original task which was to formalize the Biden-Harris team's victory by the formal counting of electoral votes in a joint session of Congress after all objections are heard, any necessary debates and votes taken.​
​
We already know how this will end because the objectors do not have the votes they need in either chamber,.. but the Constitution mandates that the process occur and so it will... maybe even tonight. Perhaps the objections will be kept to a minimum and the debate likewise. McConnell never wanted the GOP to have to go on record as opposing or accepting this election's results and so he remains a needle threader even if a whole lot smarter than the relative handful of idiots causing this usually pro forma process to be drawn out.​

Senate Majority Leader Mitch McConnell wants senators to return to the chamber Wednesday night to finish counting electoral votes, and he puts a lot of the blame for the day’s events on President Trump, an adviser to the Kentucky Republican said.

The adviser, who was not authorized to speak publicly about the matter, said McConnell had not spoken to Trump on Wednesday but is angry with him and blames Trump for inciting his supporters.

Lawmakers in both parties also said Wednesday they hope to return to their Senate and House chambers to complete the electoral vote count, which was interrupted when a mob of rioting Trump supporters forced their way into the building.

Sen. Rand Paul (R-Ky.) tweeted that he plans to deliver a speech on the electoral vote count later Wednesday “from an undisclosed location.”

Rep. Jason Crow (D-Colo.) said in a tweet that lawmakers “will never back down, we will return. We have stopped the coup attempt and will be returning to the Capitol today to finish the business of the people,” he said.
Click to expand...

Richard Grenell: Worst Thing About Jan. 6 Was When Trump Got Kicked Off Twitter

Canada fears a US dictatorship