The video was filmed at Sint-Michielskerk Church in the city of Bree in the north-eastern Belgian province of Limburg.

In the footage, the couple can be seen having sex behind the church altar.

The man can be seen filming with one, while occasionally groping his partner's waist with the other.

It is unclear when the video was filmed or by who - but it first started doing the
rounds on WhatsApp before spreading on social media. 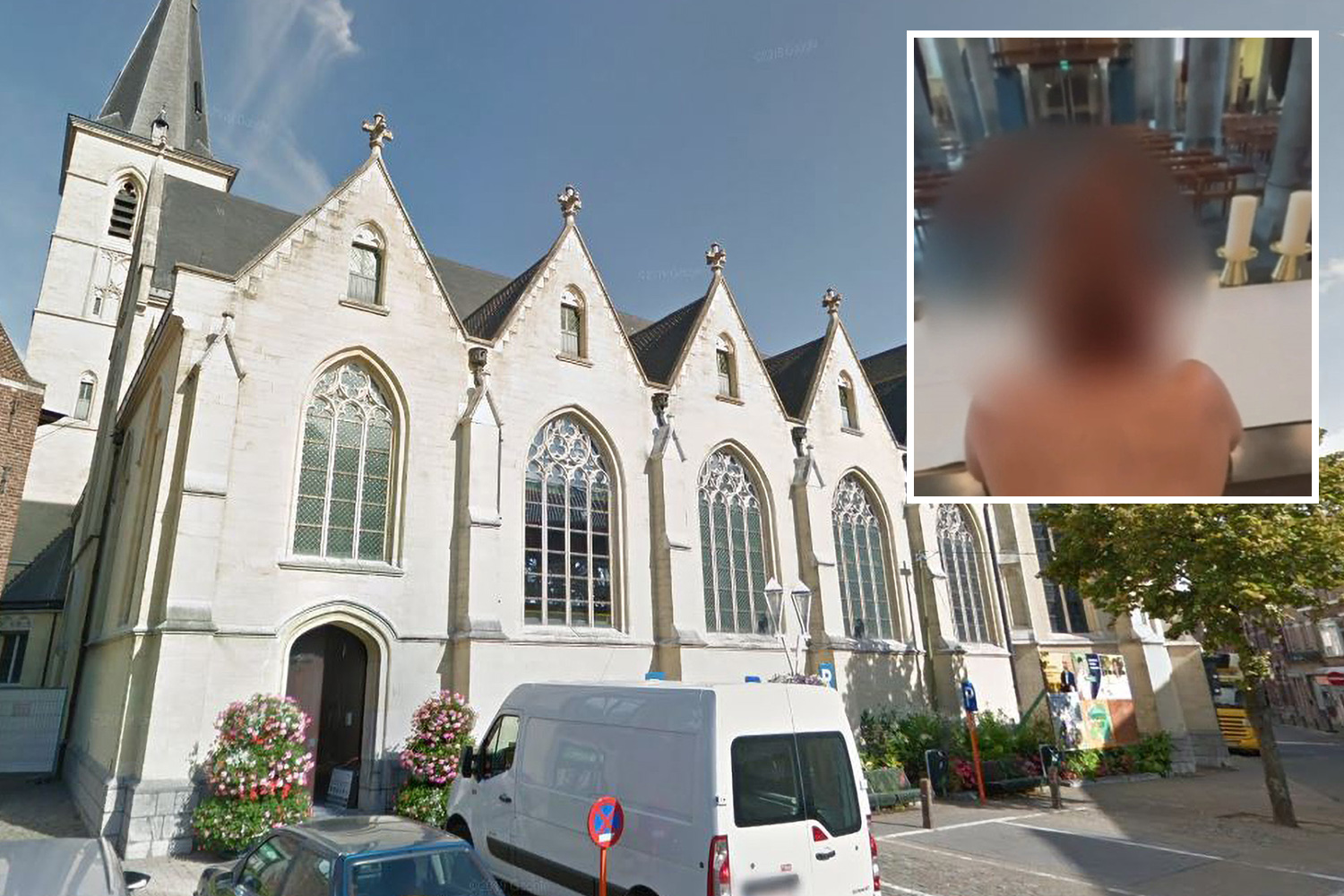 A RAUNCHY couple filmed themselves bonking behind the altar of a Belgian church – prompting mass outrage. Disgusted staff at the Catholic church were forced to “cleanse” the scene…

In fact, I detest much of what passes for the religious mindset, such as the cultivation of a pervasive anti-intellectualism, the repression of and rejection of scientific (and philosophical) thought.

Above all, I loathe the role organised religion has played in oppressing and repressing women, and in oppressing gays, - among others - all the while using what it claims are divine texts as support and justification for these ghastly and repellant positions.

And I detest how religion has served as a source of intolerant motivation for wars of unique ugliness, viciousness, sadism and cruelty, because to claim divine support for your position has allowed people to commit appalling atrocities in war.

Belgium is not the Deep South, the Arab world, or Afghanistan, or the kind of country where the public space is rigidly policed; it is a very modern, very cosmopolitan, very advanced and very wealthy western European country.

There are a great many places (hotels, guest houses, borrowed flats among many others) where one can legitimately and easily engage in such activity.

If one believes, (as I do) the old concept of "render unto Caesar" - i.e. that Church and State should be separate, but - also, above all - that the Church should have no say whatsoever in how one conducts one's private life, then, the corollary of that is also true, whereby one's private life ought to be quite separate from the Church, and that, in turn, suggests that one's private life should not be carried out on Church property.

Anyway, I would simply say to those idiots that they should grow up, and stop behaving in such an exhibitionist, immmature, and tasteless manner, and - moreover - that they should have some respect for themselves and for other people, including those for whom Churches are a place of worship, or a place where they find some sort of spiritual solace.

Having sex in a church is bad enough, tacky and tasteless, but filming it, and uploading it - ugh - is completely unnecessary. And is demeaning, disgraceful and disrespectful behaviour.
Last edited: Nov 11, 2021

Nothing like the Sun, where garbage done by a few idiots becomes news.
Already advertising a story of a guy who had an affair with a dolphin for six months.

I am religious but this is pretty outrageous even just by going with basic decency as a standard. It’s basic respect.

My understanding is that the idiots in question were caught and I hope they will be prosecuted.

ericwn said:
a story of a guy who had an affair with a dolphin for six months.
Click to expand...

I hope there is no video.

there is but at least they did not have sex on the alter just against it.

fooferdoggie said:
there is but at least they did not have sex on the alter just against it.
Click to expand...

Ok, I just had lunch and now I feel I want to puke.

ericwn said:
Already advertising a story of a guy who had an affair with a dolphin for six months.
Click to expand...


Good point, I’ll leave that for the dolphin.


You gotta be careful with those dolphins, man. You rub them on the belly too hard, and they'll take it as an invitation to have their way with you.


I wish there was no platform for it.

ericwn said:
Good point, I’ll leave that for the dolphin.
Click to expand...