Okay, remember when Mississippi had a competition to redesign its flag, and they ultimately settled on this? 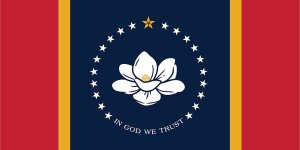 ​
Personally, I'd have left off the religious stuff, but otherwise I think it's a very nice design. 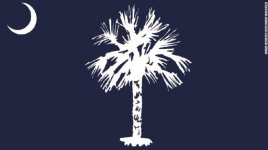 ​
The main objection seems to be that the palmetto tree at the center of the image looks something like a toilet brush. Which frankly is being kind to it.

But as almost anyone here, even non-artistic types, will probably be able to discern, the other main problem is that both the crescent and the palmetto look like they were copied and pasted from some extremely low-res clip art.

I mean look at that thing. It's terrible. How in the hell did that get approved, even in a preliminary way, by anybody?

Thomas Veil said:
I mean look at that thing. It's terrible. How in the hell did that get approved, even in a preliminary way, by anybody?
Click to expand...


Chalk it up to "the attention economy" in a year when the politics of Covid and the 2020 elections were hogging the news most of the time. No one was paying attention soon enough to help out the people who wanted that South Carolina redesign get it up to speed in a technological sense.