He ran for VP once and lost. 20 years later, he ran for President and lost again. But he was a Senator from Kansas for a lot of years, and his wife bollixed up at least two cabinet offices.

Perhaps Bob Dole deserves a "RIP" tag, but then again, continuing to support the inexorable decline of the Party may leave him undeserving of such an honor. He had the outward appearance of a decent guy, but where was his spine?

Yoused said:
He ran for VP once and lost. 20 years later, he ran for President and lost again. But he was a Senator from Kansas for a lot of years, and his wife bollixed up at least two cabinet offices.

Perhaps Bob Dole deserves a "RIP" tag, but then again, continuing to support the inexorable decline of the Party may leave him undeserving of such an honor. He had the outward appearance of a decent guy, but where was his spine?
Click to expand...


I've taken the liberty of adding the "RIP" prefix.

From what I can gather, it is not intended to be used simply as a sign of approval of the deceased, (although, in practice, the people we write about who have passed away, tend to be those whom we hold in some regard) but, merely to serve as a notification of a death.

Moreover, I've also added the name fo the deceased to the thread header; even in a week's time, reading about someone who is described as "an also ran" would lead to some head scratching and bewilderment as one cast about one's memory to try to recall just who might have been described thus.

He probably should've renounced the Republican Party, but he didn't seem like he'd have much use for the current generation.

I just checked, and he did do some good things:

Although a staunch conservative who focused on balanced spending, deficit reduction, and foreign policy, Dole was never beholden to the party line during his years in Congress representing his home state. He co-authored food stamp legislation with a progressive icon, persuaded President Ronald Reagan to push through tax increases and commiserated with President Bill Clinton over dealing with Newt Gingrich, the obdurate House speaker, in the 1990s — “No, you talk to him,” Dole would say to Clinton.
Click to expand...

Budget cuts, he said, shouldn’t target low-income earners and seniors. Tax hikes were occasionally necessary. Specifically, he wondered, why was food stamp funding getting slashed and no one doing anything about Social Security funding?
Click to expand...

“I think that inside Bob Dole is a very soft spot for the little guy,” former Sen. John Danforth, a Republican from Missouri, told Dole biographer Jake Thompson. “He is a latter-day version of the old Midwestern populist type of public person.”

In the coming years, Dole would reduce cuts to the food stamp program, help author a bailout of Social Security — in part through tax increases — and join with liberal icon Sen. Ted Kennedy to extend the Voting Rights Act.
Click to expand...


Where's that kind of Republican today? 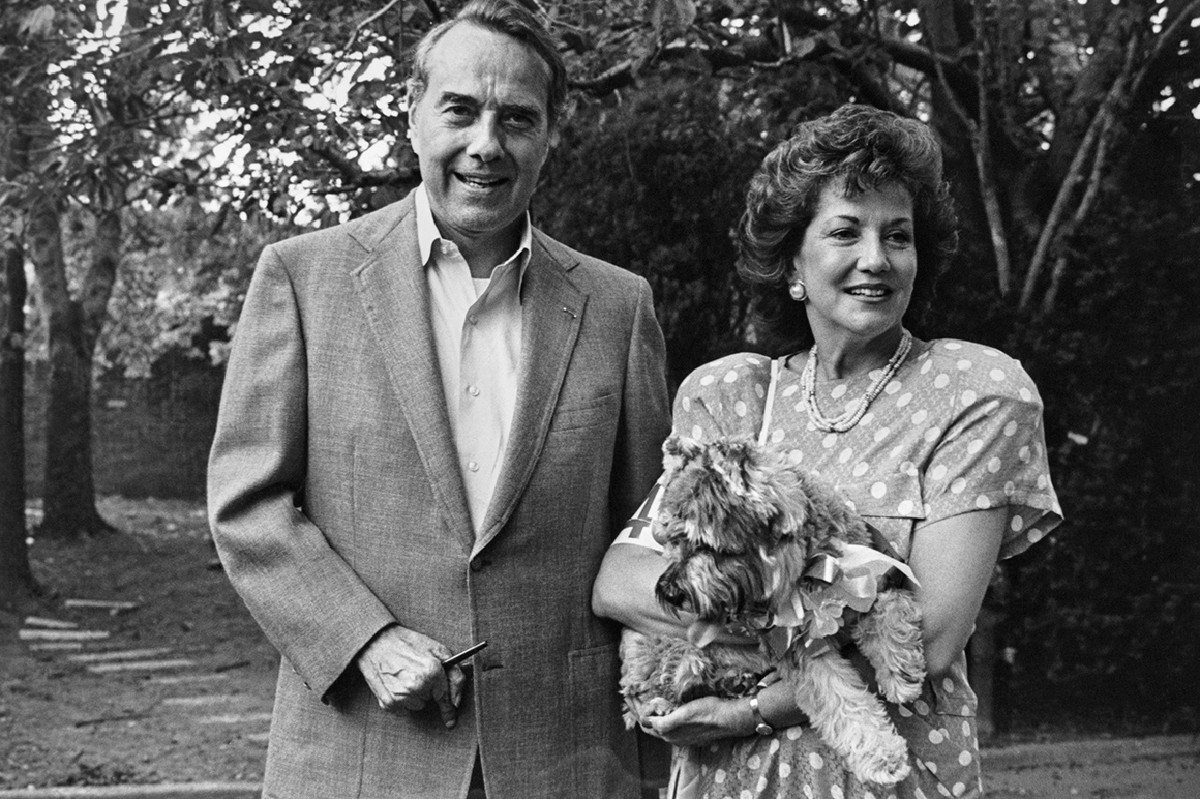 Dole’s life stretched from its beginnings in rural Kansas to the Italian battlefields during World War II to Congress.

It might be easier to remember how Bob Dole was looked at by the conventions of old & new.


https://twitter.com/i/web/status/1467577988120207372
Bob Dole at the end of the day wasn't a card carrying member of the party of today's republicans, he was very much old school who had gotten forgotten in all of the partisanship.

—His swipes at President Richard Nixon could be biting: “History buffs probably noted the reunion at a Washington party a few weeks ago of three ex-presidents: Carter, Ford and Nixon. See No Evil, Hear No Evil ... Evil.”
Click to expand...

—On his poor showing in the 1980 New Hampshire Republican presidential primary: “The day after New Hampshire, I went home and slept like a baby. Every two hours I woke up and cried.”
Click to expand... 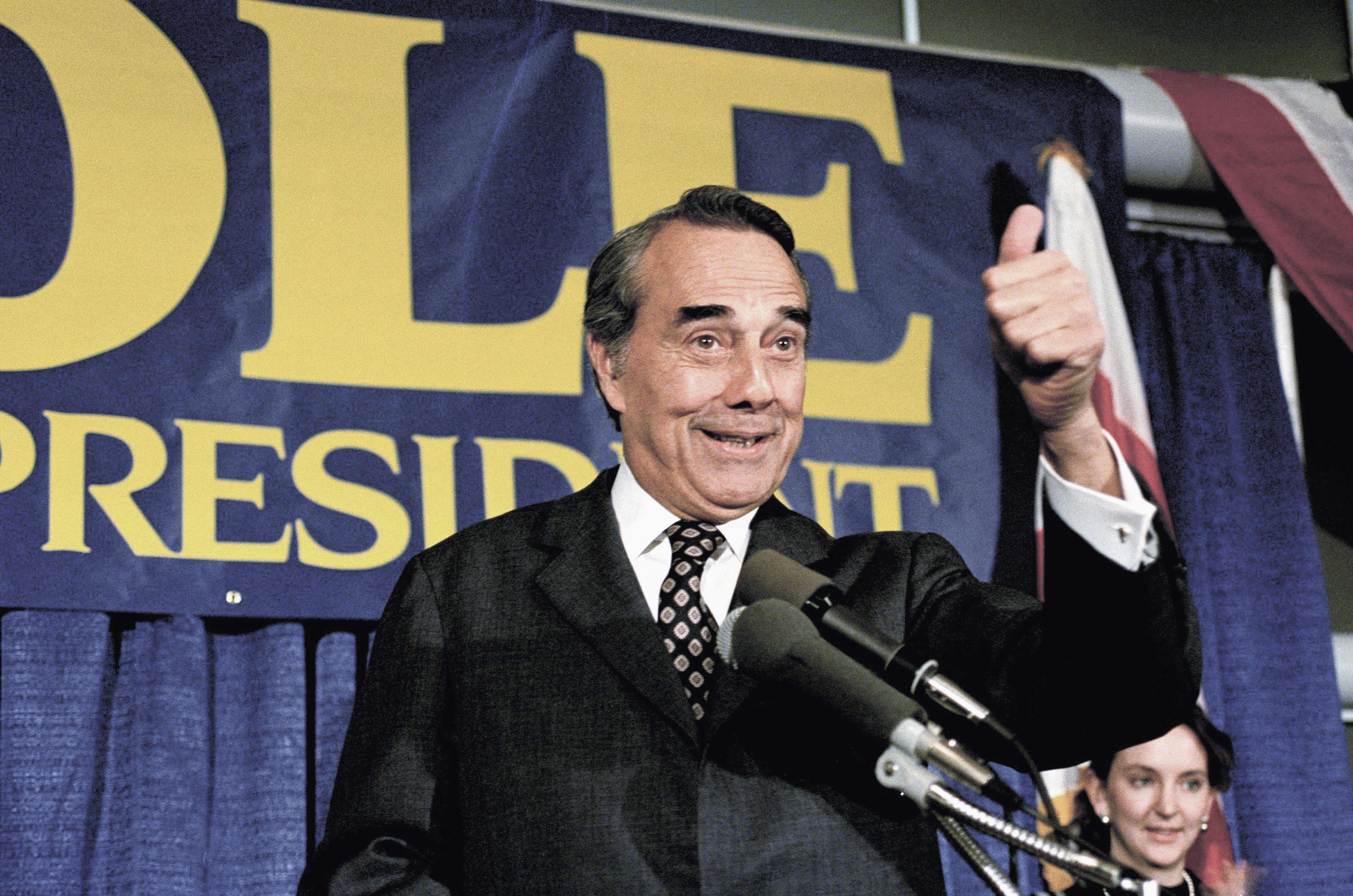 Dole mastered the caustic wisecrack, often against himself

WASHINGTON (AP) — Bob Dole’s frequent scowl concealed a dry, often caustic wit. He singed political rivals with it — but didn't spare himself. Wisecracks came with the territory of the Senate veteran and former Republican presidential candidate, who died Sunday at age 98.