Trying to return a polar vortex to the store

A very long and interesting read in Columbia Journalism Review on the history of media relationships to sports betting: how the traditional print media eased their way into printing stats and betting lines as they realized more of their sports readers were gamblers than just game spectators... how "fantasy" sports became a workaround when most states prohibited outright betting... how some sportswriters in media and particularly those with social media followings are now easing their way into open participation in betting, even as they acquire "inside info" and report on (some of if?) for upcoming games, including health status of players, plans and preparations being made by coaches.... in short, as the piece puts it, one could more than begin to assert that gambling has finally just swallowed up sports media, and mostly while glossing over the issue of obsession by or addiction to sports gambling. 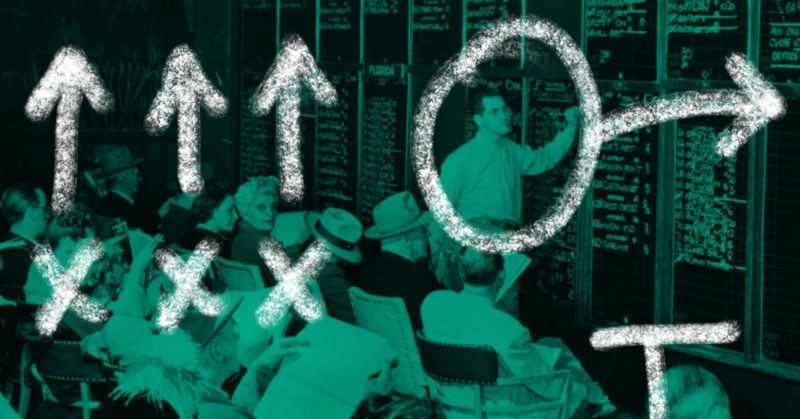 Media companies have also entered the business—sports bettors watch about twice as many games as non-bettors do, and Bleacher Report found that gamblers are five times more engaged with its app than other spectators. In the past year, NBC Sports negotiated a partnership with a sportsbook called PointsBet worth nearly $500 million. ESPN, Fox, and CBS signed deals with other gambling companies, including old-school casinos like Caesars. DraftKings agreed to pay $50 million to distribute podcasts by Dan Le Batard, formerly of ESPN. In May, the Associated Press announced that it would exclusively reference betting odds from FanDuel, DraftKings’ archrival. And still, the integration of sports media and gambling is probably in just the top of the first inning.
Click to expand...


So it goes for many media companies, at a loss for revenue and drooling over the profit potential in sports betting. As gambling swallows up sports media, anyone pausing to consider editorial conflicts (or, in the case of bets based on nonpublic information, possible law-breaking) might feel left out. Michael Lombardi, a former NFL team executive who later became a sports reporter, now gives gambling advice at VSiN, known as “the CNBC of sports betting.” Recently, he told me, “If you don’t like change, you’re going to like irrelevance even less.”
Click to expand...


Today, as states legalize sports gambling, roughly 60 percent of daily fantasy players are converting to betting. At The Ringer, Simmons and his team are eager to serve that audience, with a hybrid dialect of gambling analysis and conventional sports talk. “It’s a storytelling technique,” Kevin Clark, a football reporter, told me. “In 2021, when you’re saying who’s going to be rookie of the year, it would be weird not to discuss the odds. That’s now just part of the conversation.” In Detroit, where the Pistons have had an awful few years, Rod Beard, a Detroit News basketball beat writer, took a stab at writing a fantasy advice column. “Within a day or two,” he said, “I got four thousand additional Twitter followers.” Lately, he’s covered Pistons games with an explicit daily fantasy “slant.” Doing so could be the saving grace for struggling newspapers, he said: “Just like people pay for stock tips, they’ll pay for paywalled content on betting.”
Click to expand...


Increasingly, sports betting news comes directly from sportsbooks—often by way of former journalists who have decamped for higher-paying posts. Millman decided to raze the wall separating sports reporting from the action when, in 2017, he left ESPN to help found a sports betting media startup called the Action Network. Like VSiN, the Action Network offers articles, podcasts, and data-crunching tools for gamblers. The site publishes betting-minded sports coverage (e.g., a recent assessment of “swirling winds” that were forecast ahead of the MLB All-Star Game) and provides a Consumer Reports–style ranking of the best sportsbooks (DraftKings earns the top spot, with a 9.9 out of 10). “We’re digging into information; we’re providing a service,” Millman said. They’re also doing extensive business with companies they cover, such as charging a referral fee on placed bets. It’s a blatant conflict of interest—though not so different from that of conventional newsrooms striking deals with gambling companies. “Are you going to allow sponsors to dictate coverage?” J.A. Adande, Northwestern University’s director of sports journalism, wondered recently. “You can’t tell me that it’s impartial now.”
Click to expand...

“I think sportswriters are betting on games they’re covering,” Vic Tafur, The Athletic’s Las Vegas Raiders beat reporter, told me. He knew of a basketball writer who acted on word from a coach: his team planned to slow down its pace on offense—meaning the next game’s final score would likely be lower than oddsmakers expected. The writer “unloaded on the under and made a killing,” Tafur said. “It’s not a rare story.” The opportunities for insider betting are even greater in college sports—which, unlike the pros, don’t require teams to disclose injuries before games. Peter King, a football columnist at NBC Sports, told me that he knows “a lot of sportswriters who gamble.” He also has a friend who quit gambling when it almost ruined his life. “I have a lot of empathy for people who say maybe we shouldn’t be in bed with these gambling companies,” King said. (There’s never such thing as a sure bet, regardless of what you think you know; even successful pro gamblers get just over half their bets right.)
Click to expand...

Trying to return a polar vortex to the store

Now it's Disney's ESPN (like other major media outlets) thinking to dip a toe farther into the sports gambling world... seeking to license its brand to established sports-book companies, and make a buck with ad placements by those entities, without having to take bets directly and pay off the winners. Remains to be seen whether those targeted companies will bite. ESPN hopes to cut a $3 billion deal. Mucho moolah. 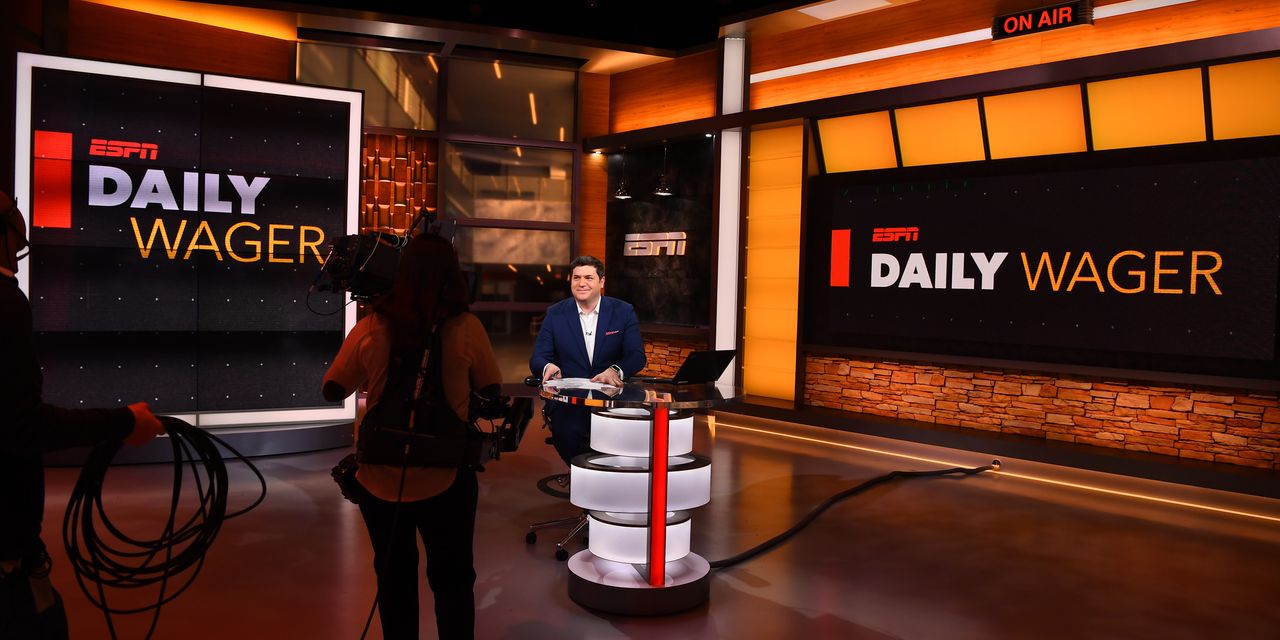 The sports-media giant has held talks to license its brand to sportsbooks including Caesars Entertainment and DraftKings, according to people familiar with the matter.

Beyond ESPN, many other media companies have looked for ways to integrate sports wagering content onto their platforms or strike partnerships to enter the sector.

Fox Corp. has launched Fox Bet, looking to compete directly with DraftKings and FanDuel. The platform is powered by online sports-betting firm Stars Group, in which Fox owns a 4.99% stake.

CBS Sports last year struck a partnership deal with William Hill to use the gambling company’s data on its websites and in its programming. Earlier this year, internet TV provider FuboTV Inc. bought an online sportsbook, which it plans to integrate into its TV platform.
Click to expand...


Just kinda weird thinking about where Disney's entertainment offerings were originally centered. But times change. Even the NFL for the first time this year will be accepting "limited" advertising from sports booking companies.

Whole thing reminds me of the proverbial frogs sitting in pots of slowing heating water, with respect to the corruption possibilities at the intersection of sports play and sports betting --with media outlets now vested in making money off both.

For sure. I remember taking our daughter on a Disney cruise. Only after I was onboard did I discover there was no Casino on the ship.

MLB - pitch clock is in, defensive shifts restricted from 2023 on