What is going on in the UK? 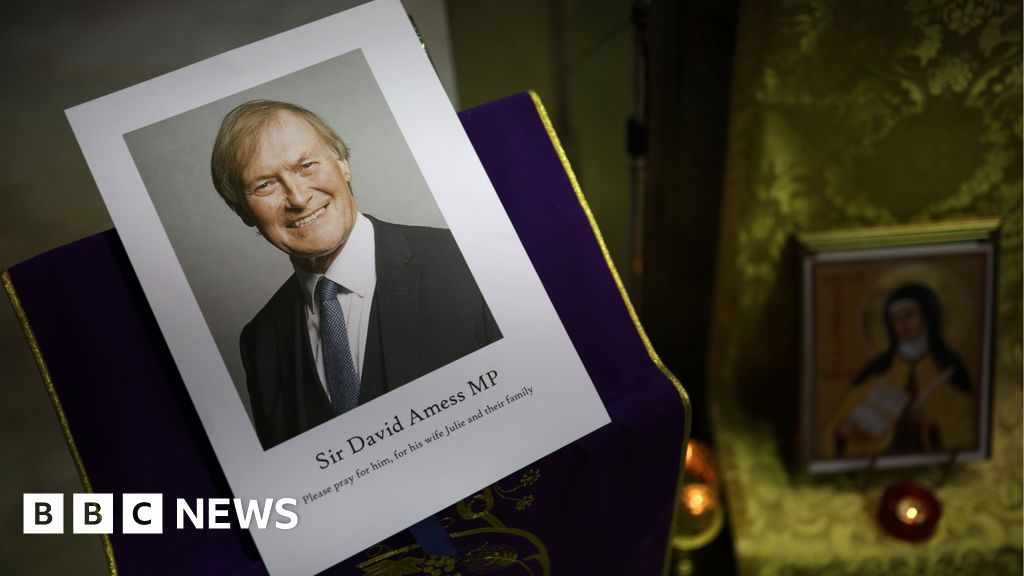 A 25-year-old man, said by a government source to be a British national, has been arrested on suspicion of murder.
www.bbc.com

David Amess, a British Conservative MP, was stabbed to death to death today. A 25-year-old man is in custody (as yet unnamed).

This recalls the shooting and stabbing of British Labour MP Jo Cox in 2016.

Why are British politicians being killed?

Of course, there have been attempts on American congressmen (Steve Scalise, Gabby Giffords) as well, but they have not been successful.

A 25-year-old man, said by a government source to be a British national, has been arrested on suspicion of murder.
www.bbc.com

David Amess, a British Conservative MP, was stabbed to death to death today. A 25-year-old man is in custody (as yet unnamed).

This recalls the shooting and stabbing of British Labour MP Jo Cox in 2016.

Why are British politicians being killed?

Of course, there have been attempts on American congressmen (Steve Scalise, Gabby Giffords) as well, but they have not been successful.
Click to expand...


In the Olden Days, that is, anytime before the Good Friday Agreement came into effect, (which marked the end of violence in Northern Ireland), the first response to come to mind in answer to that question would have been the IRA.

Actually, the IRA had quite a record in political assassination in the UK; during the decades of their campaign of violence, they murdered a number of members of parliament.

These included Airey Neave, when a bomb detonated in the underground carpark of the House of Commons, in 1979, Ian Gow at his home in 1990, and Sir Anthony Berry, who was one of five people killed (several were seriously injured) when a bomb exploded in the hotel where the Conservative Party leadership were staying during their annual party conference in 1984.

They also managed to stage a mortar attack on No 10 Downing Street in 1991.

However, these days, one tends to look elsewhere.

While Muslims may be viewed as possible (and possibly convenient) suspects (now that the Irish no longer fall into this category), Jo Cox was, in fact, murdered by a radical, extremely right wing, and utterly white, fanatical English nationalist, with the usual, and entirely and depressingly predicable, and lamentable, views one can expect to find from such a quarter.

I daresay that more details will come to light over the coming days as investigations continue; however, while initially, police investigations will attempt to confirm - or exclude - a terrorist dimension to this murder, I have long found it fascinating that perpetrators from the far right who commit such murders do not appear to be defined as, or described as, "terrorists".

What is worth noting is that both David Amess and Jo Cox were killed at their constituency surgeries, i.e. where members of parliament meet their constituents, usually on a one to one basis, in order to attend to issues, problems, concerns, difficulties that the constituents may have, often helping constituents navigate various state bureaucracies, give advice, and offer support.

Besides, these surgery meetings are where MPs find out what ordinary people think, feel, and how policies affect them, or what impact such policies have, which they can then report back to their own political party.

This is not politics by focus group, or something managed by party machines, or the media, or social media platforms - rather, this is a setting where MPs meet the (real) people who elect them and find out what they think, and why they think it.

In other words, in both Ireland and the UK, MPs regularly - usually on a weekly basis, sometimes more often, sometimes less frequently - meet their constituents - and often, live in their constituency, - and are easily accessible, and readily available to their electors. The system is based on this access, and on the idea that any person who lives in that constituency has a right to be able to call upon their MP, - and to have access to their MP - if needed. And MPs who acquire a reputation for a lack of availability to their constituents may run the risk of losing their seat in a subsequent general election.

In the political systems of most of continental Europe - on the other hand - (differing electoral sytems, usually some form of proportional representation, differing sized constituences to that of the UK or Ireland, thereby severing the link between geography, physical presence and parliamentary representation - in the Netherlands, for example, the entire country ranks as a single constituency) members of national parliaments are somewhat more remote and removed from their constituents.

Since the murder of Jo Cox (and other MPs have also experienced violence over the past 20 years; in one case, in 2000, an assistant to a Lib Dem MP was killed protecting the MP when a lunatic attempted to attack the MP with a sword), questions have been raised about this ready access, and, certain precautions - CCTV, for example - have been mooted, but given that some of the issues constituents raise with MPs may be private, confidential, and intensely personal, this also gave rise to concerns.

Most MPs value - and treasure - and pride themselves upon, the fact that they are accessible to their constituents in their constituency clinics, or surgeries, (these are some aspects of the job that almost resemble a form of social work) and derive considerable personal and professional satisfaction from this, and would regret any steps taken to remove opportunities for their constituents to be able to meet them.
Last edited: Oct 15, 2021