Several people who attended this event have tested positive for the Coronavirus. Take a close look at who she was up close talking to as well. We surely haven't heard the last of this event. 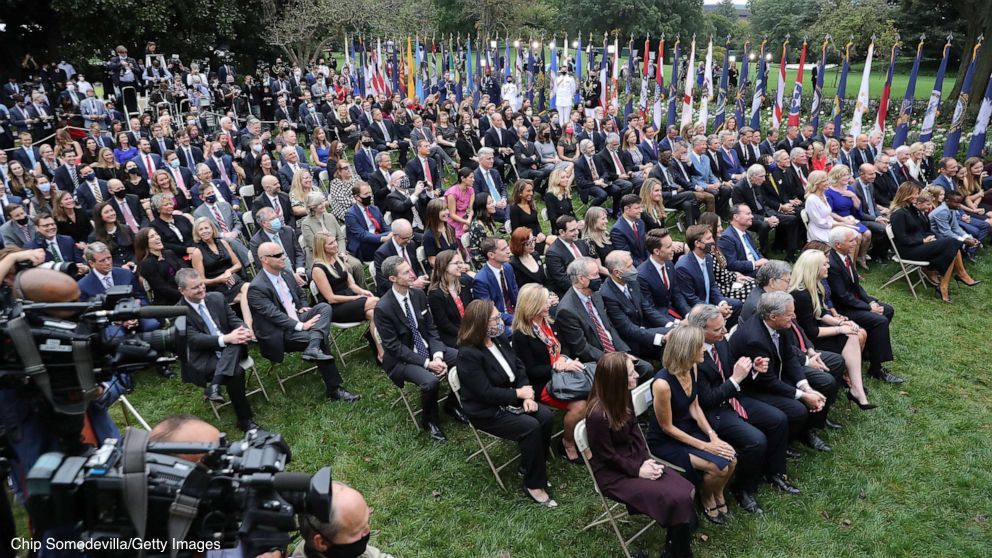 Another one down, Senator Ron Johnson also tested positie.

This week will be interesting. Can't wait to see if Barr is positive.

Althea said:
This week will be interesting. Can't wait to see if Barr is positive.
Click to expand...

Frankly, I'm surprised the media isn't talking more about this. We've seen he was in close quarters with all of them during that event, with his age and being that overweight I wouldn't think he'll do too well with this.

So Conway resigned from her WH counselor position (and George stepped back from the Lincoln Project) in August to spend more time with family... after Claudia had posted she was going to seek legal emancipation from them. Although right after that Kellyanne had that date to speak at the Republicans' convention.

And then there was this, that and the other thing bc campaigns must go on.

bc so much winning is so important.

Is Covid like a new type of 'incest' test?

JayMysteri0 said:
Is Covid like a new type of 'incest' test?


Only if you're in "the family" does this WH crowd GAF if you have covid or not... and hang the contract tracing too... as a NYT journo has noted.

One of three journalists who work at the White House and have tested positive for the coronavirus in the past week said that more than a week after he believes he became infected, White House staffers have not reached out to him about contact tracing.
“Nobody from the White House has said ‘boo’ and asked anything about where I was or who I talked to or who else I might have infected,” New York Times correspondent Michael D. Shear said Monday in an interview on CNN. “And so I think that that just shows you that they’re not taking it seriously, at least as it pertains to themselves.”
Shear said he thinks he contracted the virus on Sept. 26, when the White House hosted a ceremony in the Rose Garden to nominate Amy Coney Barrett for the vacant seat on the Supreme Court. At least seven attendees have since tested positive for the coronavirus, in addition to the journalists.
Click to expand...

T
Rant…. downhill at the other place

How do you tell your daughter not to invite you to get togethers?

Any thoughts on macOS 13 Ventura?
2

Friday at 3:37 AM
Buntschwalbe
B