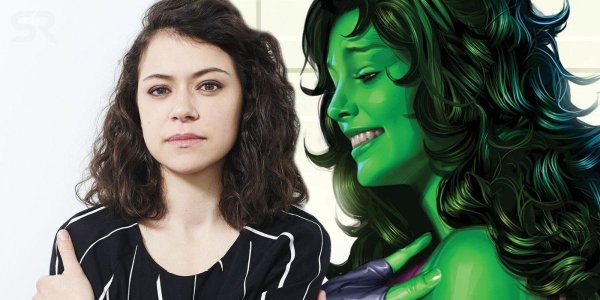 ​
Just finished She-Hulk, one season and done as planned. I’ll give this show a thumbs up, with caveats. I enjoyed it, I liked the character, She-Hulk is hot , but it was too fluffy, too casual, not enough meat, the season/series final, some might call it brilliant, or par for the course, I call it a mess if you were expecting something definitive, not a complete break from the story line. The character had already been making numerous out of character comments to the audience, so the ending is the icing on that cake. But as I’ve said about other Disney programming, it had 30 minutes episodes holding it back. I’d call it, Disney’s lazy programming. You won’t ever get any serious story telling in <30 min episodes.

The story got a real uplift with the appearance of Daredevil in the last 2 episodes, and I fondly remembered before Marvel was Disneyfied, the gritty nature of Netflix series Daredevil and Jessica Jones. I doubt Disney has that in them.

Thumbs up from me too. The episode that was a group therapy session was legitimately hilarious I thought. I’m firmly in favor of 30 minute episodes, they’re a relief. One hour shows are plentiful, take your pick.

Edd said:
Thumbs up from me too. The episode that was a group therapy session was legitimately hilarious I thought. I’m firmly in favor of 30 minute episodes, they’re a relief. One hour shows are plentiful, take your pick.
Click to expand...

For serious satisfying story telling, I do and with a good story, there is enough time to develop intrigue, tension, excitement, all sorts of qualities, most importantly depth, that qualifies stories as worthy, they don’t drag, and in comparison these qualities are basically impossible to achieve in throw away 23 minute episodes.