How long will trump be in quarantine?

Scepticalscribe said:
Am I being unkind, or merely suffering from a mild case of paranoia, when I think that the timing of the fact that Mr Trump has tested positive for Covid-19 is awfully convenient (and will allow him to cancel further debates) given that even his own supporters (if not his brainless, but fanatical, base) thought that his performance in the debate earlier this week bordered on disastrous and was borderline deranged?
Click to expand...

Not just the debate performance, the tax news did him no favors either. So, yeah, the timing is suspicious and he’s the world’s biggest liar so it’s not unkind or paranoid to consider this is bullshit.

At first I thought Hicks and FLOTUS would have to be complicit, but I guess not necessarily. Trump can’t do that alone, though.
Registered users do not see ads, it's free and easy. Register Here

I just want enough of that whole crew to live to tell the stories some of them should have booked time on nonFox news years ago to scream at top of their lungs and we'd not be in the situations we're in right now.

They are just that clueless.

Yoused said:
I envision him getting the most aggressive/intense treatment, maybe being knocked sideways for a few days like Boris Johnson, then recovering and then bragging about how awesome his genes are.
Click to expand...

Rona has got Kellyanne Con-artist!
F

That’s new! Now I can go to bed feelin’ all warm and fuzzy.


Alli said:
That’s new! Now I can go to bed feelin’ all warm and fuzzy.
Click to expand...

Meanwhile Senate President Pro Tempore Grassley (senator from Iowa) refuses to get tested for covid-19 although was at the Barrett nomination garden party last weekend.

While I was either taking a break or sleeping or actually enjoying some non political news online, this floated through my twitter timeline

lizkat said:
While I was either taking a break or sleeping or actually enjoying some non political news online, this floated through my twitter timeline

Why am I not surprised. Why not simply recover without any video appearances, it would be far less disingenuous.

Such weird spinoffs from all the gaslighting the Trump administration has perpetuated upon us from even before his inauguration...


Video of Trump walking to helicopter unassisted to go to the hospital "in an abundance of caution" is released by WH. In case he might have required assistance, they did not permit it to be streamed in real time.​
​
Some citizens wonder out loud if Trump has faked his illness. We are more used to seeing unconscious covid-19 patients being rushed on gurneys from ambulances to the ER or ICU.​
​
Trump is seen in a video in street clothes presumably recorded in hospital, but the WH edits out video evidence of him coughing, apparently now attempting to downplay his illness.​
Make up yer minds there, Trump campaign officials and White House staffers: do you want us to think the US President is hale and hearty, sick, "really" sick, "really sick" or "not really all that sick"?

We've been trained to go with the flow, so just decide.

Or you know, just let it all hang out and keep it simpler. He's not the first head of state to get the covid-19, so it's not "really" a world class shock.
S 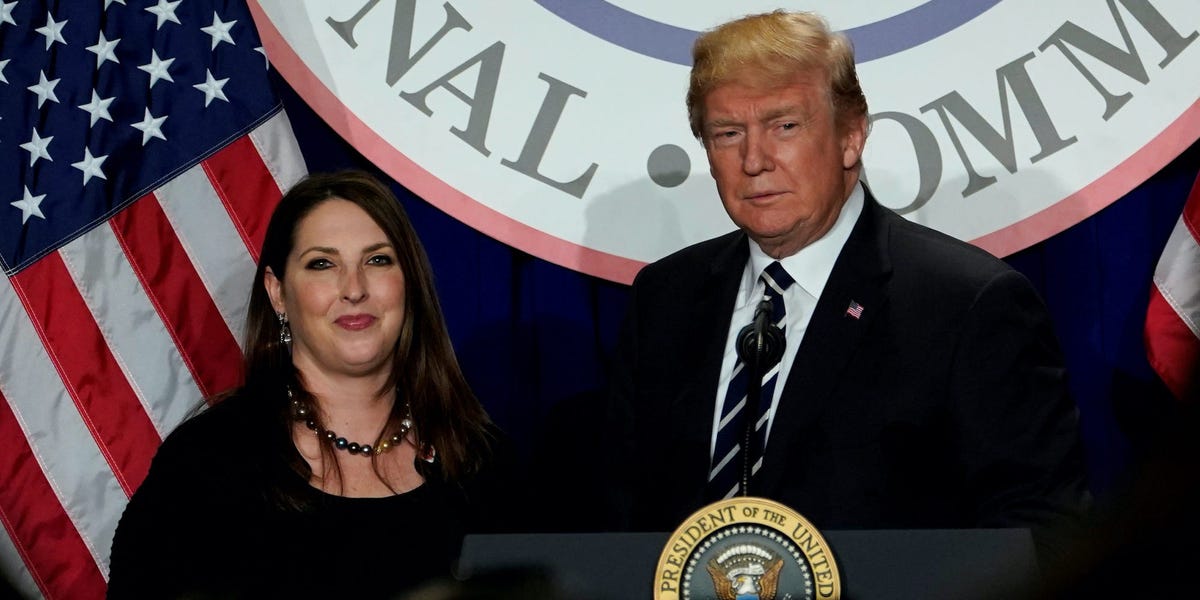 McDaniel was with President Donald Trump last Friday and has been at her home in Michigan since last Saturday.

It’s kind of amusing that we’re arguing whether Trump is faking his diagnosis when his entire presidency has been fake. The man has been playing the part all this time...as opposed to actually being one.


Scepticalscribe said:
...And worse, it might yet serve to give him another argument with which to challenge the outcome of the election subsequent, in court.
Click to expand...

Maybe not in court, but at the very least it’s grist for more whining. “I missed a week of the campaign! It’s not fair! I should get a third term!”


JayMysteri0 said:
Instead, I find it difficult to criticize anyone that wants to cheer.
Click to expand...

There’s a lot of that going around. This person absolutely has a point.

Dr. Garibaldi - Trump is improving and could be released as soon as tomorrow. Sounds like he received additional oxygen at least twice.

Tomorrow? I thought the remdesivir was a 5 day course to be administered in a hospital setting. Maybe it's something they can give at the WH. This is the first I've heard of it and I've been watching all the shows this morning. Breaking news for sure.

I think they should keep him in hospital through November 4.